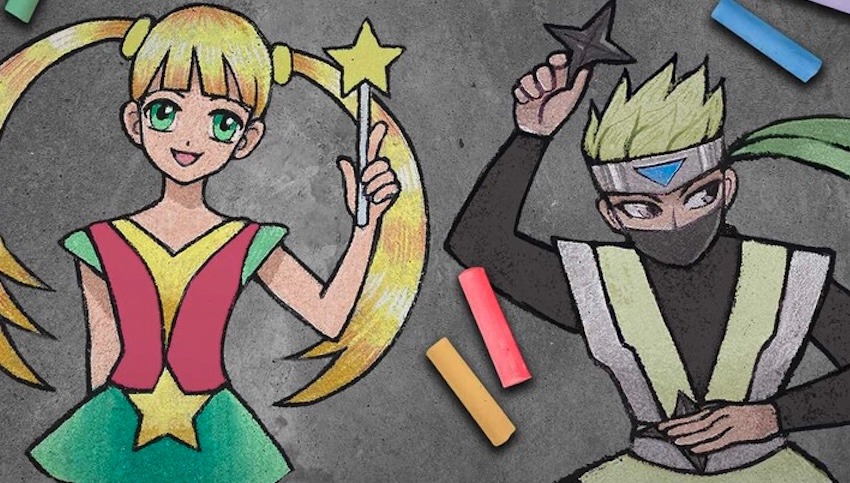 This week marks the launch of Chalk Art Manga: A Step-by-Step Guide, the latest how-to collaboration between writer Danica Davidson and professional mangaka Rena Saiya. The pair have pulled from their experience with the medium to present a new take on the manga art guide, so we took a moment to speak with them about their inspirations and what makes chalk art such a fun avenue for expression.

This is a unique take on the manga art book—which you both have a history with too—what was the first spark of inspiration for it?

Danica Davidson: Skyhorse is one of the publishers I’ve worked with, and an editor there named Julie Ganz reached out to me with this idea and asked if I would be interested. Like most American kids, I’d done chalk art when I was younger. As far as we know, a chalk book on how to draw in the manga style has never been done before, but I’ve seen people at anime conventions and such making manga chalk drawings. It seemed like a really fun, clever idea, so I jumped right on it. I knew I wanted to work with Rena Saiya again for this project. This book is fun for people of all ages, and its drawings range from simple to more complex, so people of all different drawing abilities will have characters they can draw.

Rena Saiya: I got information about the idea of the book from Danica and I also knew the book would be the first book of how to draw manga-like illustrations in the chalk art field. It sounded interesting to me.

Did you already have experience with chalk art or was this a learn-as-you-go process?

DD: I already had experience with it. I enjoy smudging the colors to make things really pop.

RS: I might have had experiences in my childhood but don’t remember exactly since I have too many experiences drawing illustrations, and many memories are confusing and not so clear.

The instructions are very thorough for each drawing example. Since these tend to take up plenty of space in a single book, were there any styles you had to skip over, or would like to revisit for a potential second book in the future?

DD: In all the manga how-to-draw books I’ve done, it’s very important to me that the steps are shown thoroughly. There are a lot of how-to-draw books out there that show you a few confusing, squiggly steps, and then all of a sudden you have a finished picture, and that’s too perplexing for many people to follow.

Yes, there were a few drawings in the original proposal that didn’t make it to the end because we didn’t have space. If this book sells well, I’d love to do a sequel with more chalk drawings!

RS: We once planned a fighting boy and a robot, but we found they took too many pages to be included in the book.

So they might be able to be put on the next book. As for other characters, perhaps we should consider what kind of characters will be welcomed by readers. 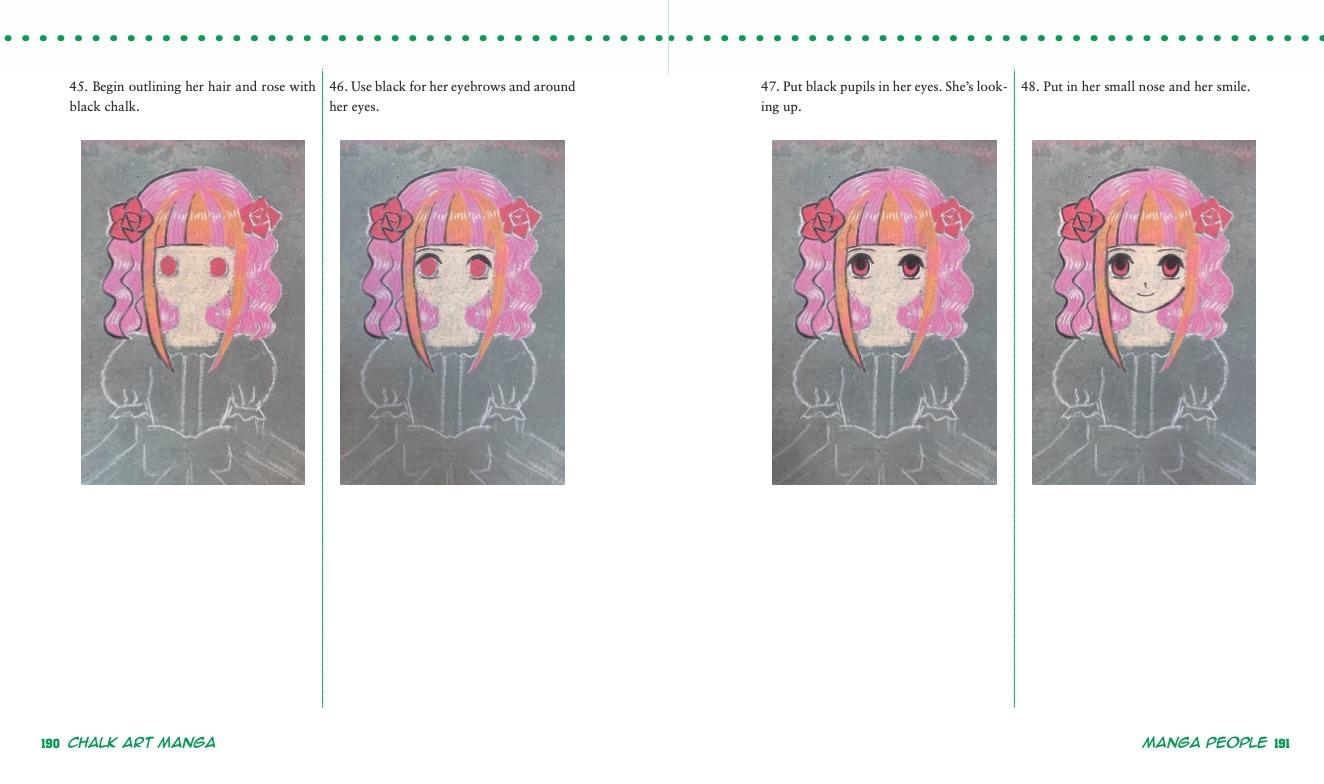 From monsters to chibi characters, what are your favorite manga-style subjects to draw with chalk?

DD: I think I’m partial to the food drawings, like the kawaii sushi and kawaii candy. As soon as Julie mentioned manga chalk art, the first thing that popped into my head were little, simple and adorable kawaii artworks.

RS: I found drawing the girls is interesting because they can become splendid at the final stage of drawing.

Can you tell our audience a little about your history with manga creation? How did you get started, what was your path like to becoming a professional in the industry, and what do you enjoy most about the medium? 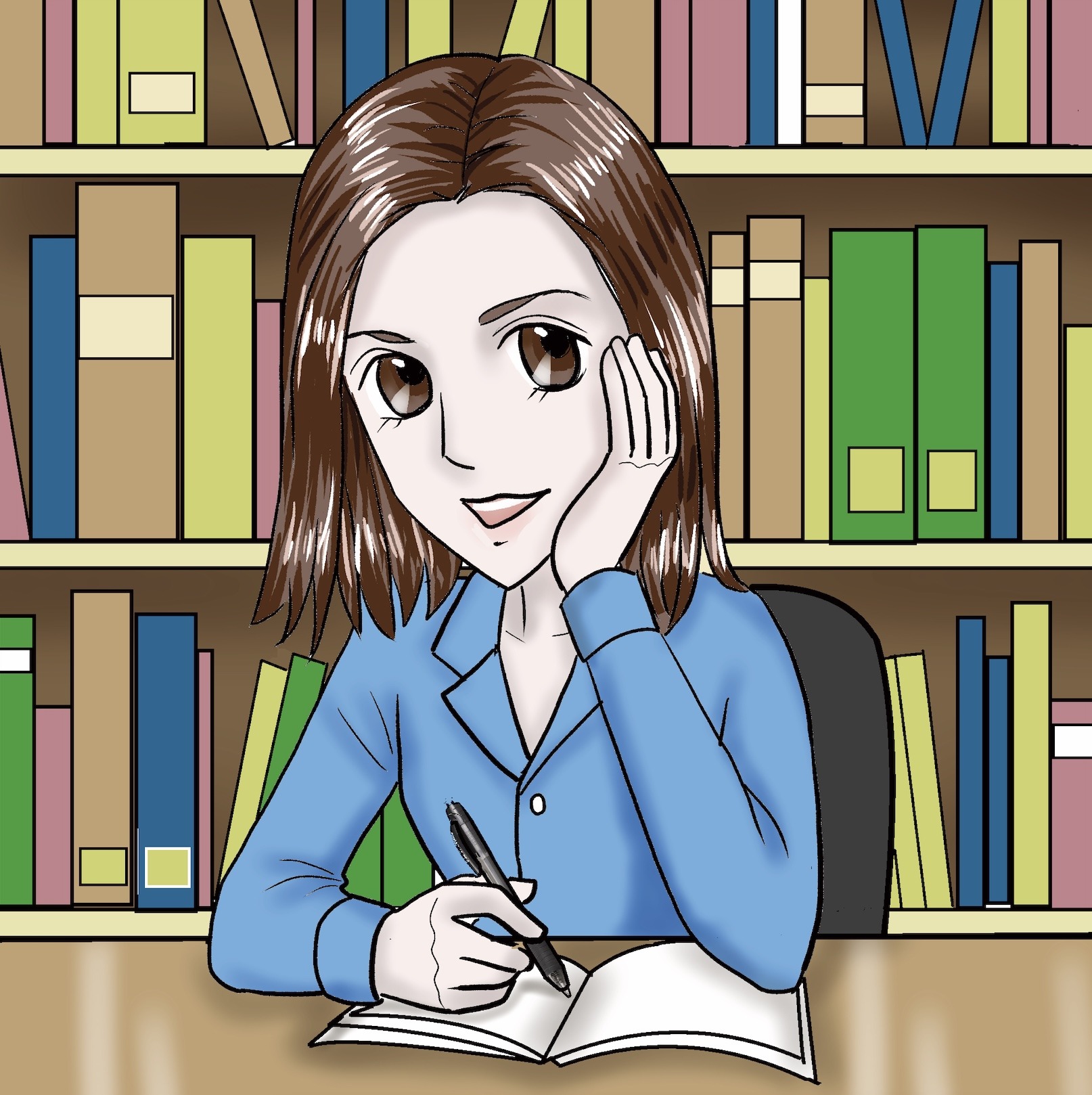 DD: I’ve been watching anime since I was little (though I didn’t always know it was anime) and got into manga as a teenager. I started working as a professional writer in high school, and I found a niche in writing about the manga and anime I enjoyed. The first time I wrote about anime, it was for a local entertainment paper. I used that to get into Anime Insider, then after freelancing for them, I found ways to write about anime and manga for MTV, CNN, The A.V. Club, Publishers Weekly, Booklist, Anime News Network . . . and of course, Otaku USA. It was based on all my manga and anime writing that Skyhorse first reached out to me a few years ago to do the book Manga Art for Beginners. That’s become a bestseller. Its sequel is being relaunched in July as Manga Art for Everyone, and that’s also illustrated by Rena.

I love many of the aesthetics in anime and manga, and there’s a creative freedom to a lot of titles. Manga and anime tend to look at things with different perspectives or angles, or sometimes I’ll find an anime or manga that matches up with things I’ve been saying, but I’ve never seen anyone else say it the same way. 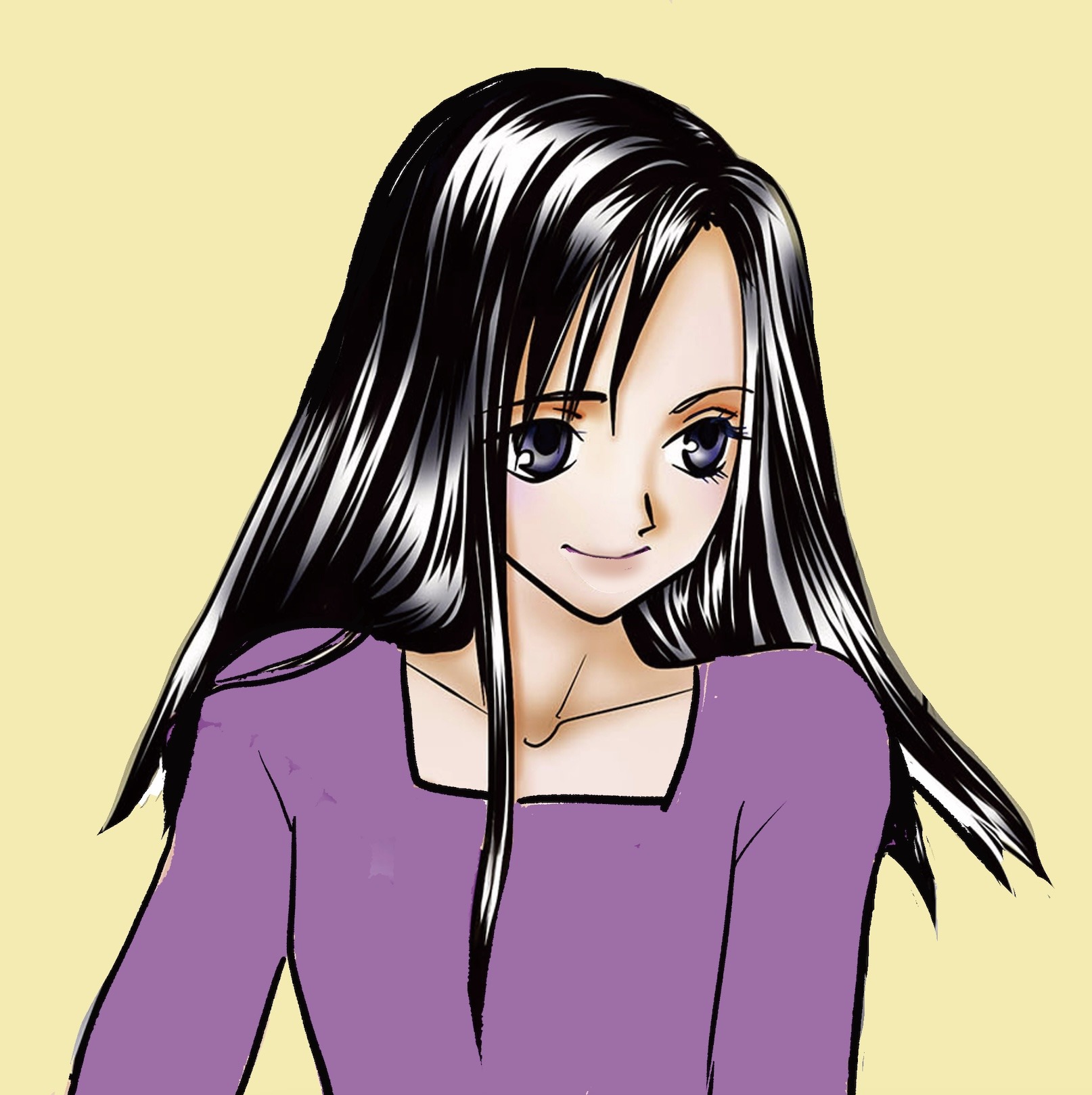 RS: I was a big fan of manga when I was small. But eventually, I became a designer of clothes.

However, when I once helped one of my colleagues, who was drawing manga as a hobby and trying to publish her self-publishing manga book for the first time, I found drawing manga is far more interesting than designing clothes. So after I practiced creating manga a lot, I created manga to submit to a manga prize held by a publisher. Finally I won the prize and made my debut at the publisher. Since then, I’ve been a professional manga author.

What manga creators are your main artistic influences, and do you have any series you’d like to recommend as essential reading?

DD: I lean more toward shojo in my reading, but I read plenty of shonen, too. It’s hard to pick essential reading, because everyone’s tastes are different. My favorite manga is Descendants of Darkness, which I wouldn’t say is the best manga ever, but it clicked with me with its aesthetics, characters, and story. I also really appreciate Death Note, Osamu Tezuka, Junji Ito, Kaori Yuki, Tooko Miyagi, etc. With more recent manga, I think SPY x FAMILY is a lot of fun.

RS: A manga author like me creates both stories and illustrations.

As for story-creation, I would say I’m influenced by Osamu Tezuka, who is called “the god of manga” and Suzue Miuchi who is famous for her Glass Mask. It might be better to say I admire them. As for my drawings, I don’t know specific ones, since I think mine are influenced by so many manga artists and manga authors

In addition to reading your books and practicing the styles within, do you have any advice for those who want to get into the world of manga/comics?

DD: If you want to get into the professional world of manga and comics, I recommend you work hard, network, build your career over time, keep sending your work out there, and stay in love with the medium.

RS: Creating manga takes a lot of energy, so, the stories and the drawings you create should be the ones you really like. 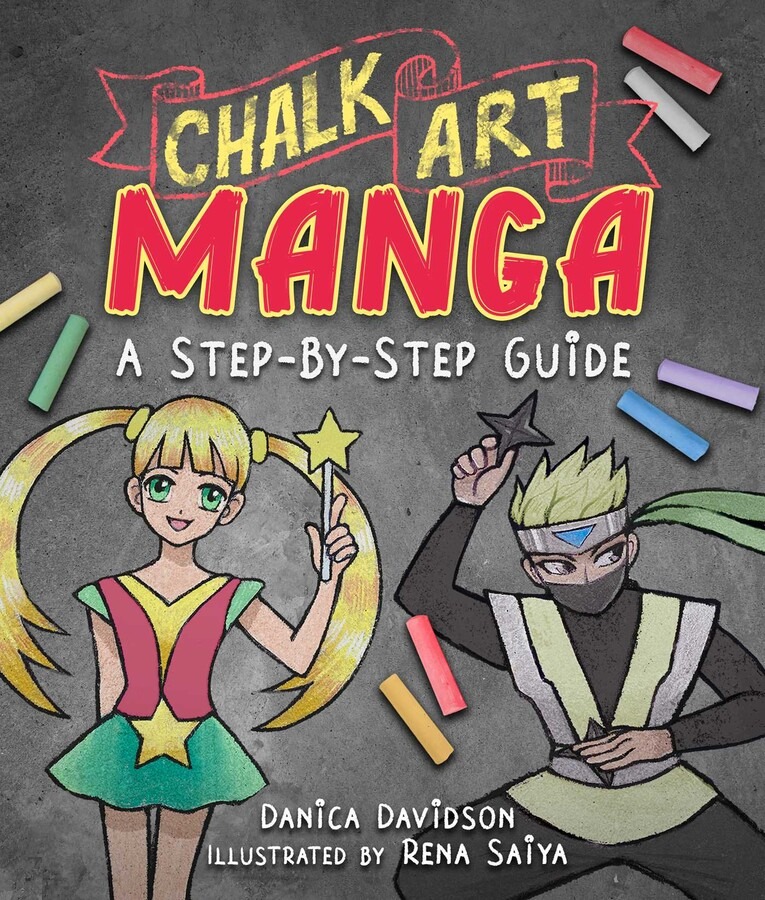