IDOLM@STER Producer Says Success Is About Making It Personal 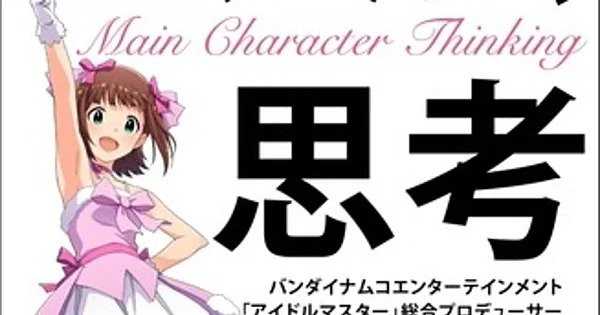 Ahead of the The IDOLM@STER: Million Live! anime adaptation, franchise producer Yozo Sakagami (a.k.a “Gami P”) is talking about the secrets of his success: making things personal to people. In fact, he’s publishing a whole book on this in Japan called Shunjinkо Shikо (translated as Main Character Thinking). The book as of now has not been licensed, but a translated segment of the first chapter has been made available.

“Everyone has probably been told at their job that you should make your work personal to you. I think there are a lot of people who may even think that’s common sense. But try thinking about it. Are you truly confident that you can do it? Are you sure you’re not using something else as an excuse, like ‘My superior told me to do this’ or ‘My hands are tied because of the circumstances around me’? Put yourself aside for a moment; can you motivate your colleagues and subordinates to regard their work as something personal to them? I think it is a very difficult thing to accomplish.

In this book, I will explain at length what I did and what I was thinking based on my personal experiences. I hope you all can find some inspiration in it for some of the work-related issues you deal with in your daily lives.”

The original IDOLM@STER arcade game came out in 2005. It reached the Xbox 360 two years later, and received a sequel game in 2011. After that, it received multiple spinoffs and anime adaptations. Altogether the franchise has a market scale of about $545.6 million in American money, so it seems Sakagami knows what he’s doing, and it sounds as if it could be helpful to people beyond those working on franchises.