How Do We Relationship? is an Honest, Endearing Yuri Romance 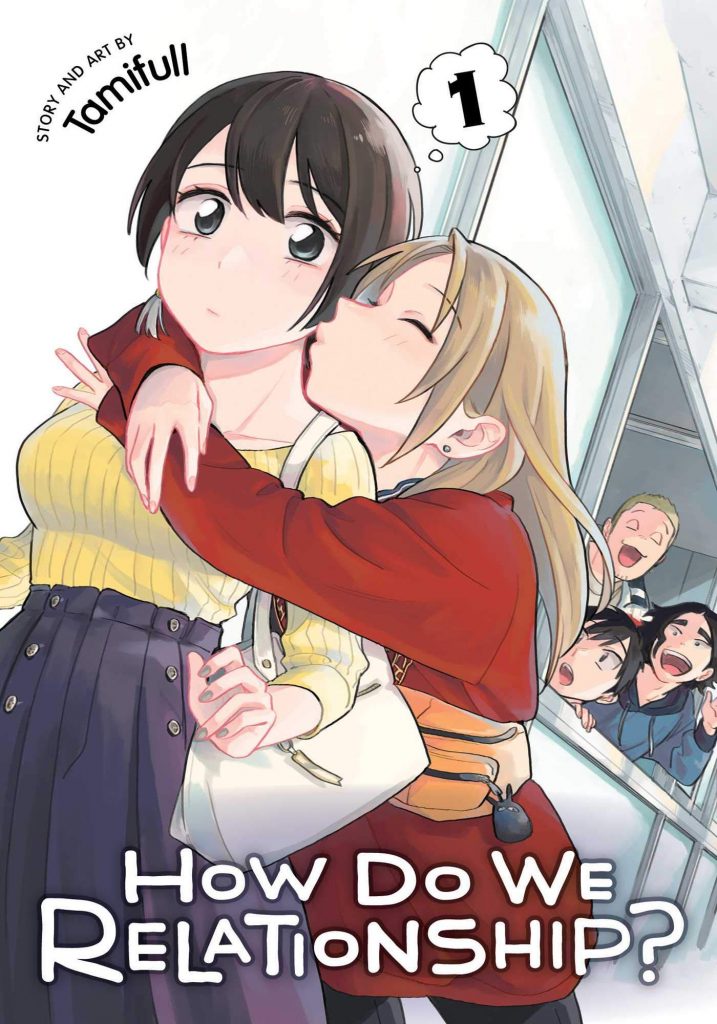 Back when Miwa was in high school, she had a huge crush on an older girl, but she was too scared to say anything. Now she’s in college and her first friend is a girl named Saeko. The two young women hang out more and more, and then Saeko reveals that she’s into women, so Miwa feels safe enough to say that’s true for her, too. Saeko suggests they go out.

So they start a relationship, but Miwa, who is less experienced than Saeko, is uncertain about all sorts of things. Their relationship doesn’t feel like the fictional relationships, so are they doing something wrong? Do they have feelings for each other, or are they just friends? Are they only going out because they don’t know other lesbians? What’s expected of someone in a relationship?

Saeko also alludes to having a girlfriend in the past, and that bad things happened as a result of it. She tried going out with men and being “normal,” but was just miserable and in denial of herself. While there’s not a whole lot about this in the first volume, it feels as if it’s setting something up that will matter down the line.

In addition to questions about their relationship, Miwa and Saeko also deal with outsiders learning about it. Since they live in a society where women are expected to date men, they get different reactions from people. How Do We Relationship? is not an idealistic, romantic love story, but a more realistic take on two people wanting to be a couple but uncertain how to go about it. It shows the relationship has ups and downs, just like any real relationship. All of this makes the manga feel honest and endearing. It would be a good addition for the library of yuri fans, but it’s also written in a way that anyone who wants to read about an authentic-feeling relationship can enjoy and relate to it. How Do We Relationship? is rated Older Teen.

how do we relationship? 1