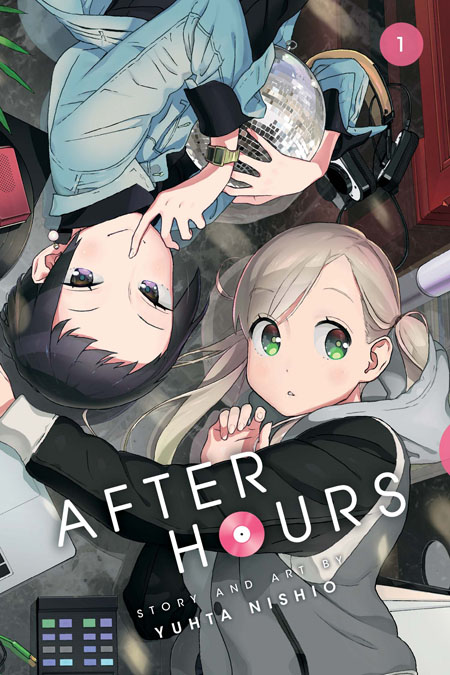 Dragged out for a night of club hopping, Emi Asahina winds up ditched by the friend who invited her in the first place. While moping in a corner Emi meets a vivacious woman named Kei. Emi isn’t interested in the club scene, but she is interested in Kei, and Kei seems to return her feelings. After a night of smooching and light petting Emi finds herself questioning not only her sexuality but also her direction in life. As they get to know each other, Emi is pulled deeper into the club scene that Kei is so passionate about.

After Hours is an incredibly successful low-key hipster yuri, which provides a nice change of pace from the much more common high school stories. Emi is 24, unemployed, and searching for something meaningful in life. When pressed by Kei, she can’t even name something she loves to do or collect. At one point Emi says, “I got out of college and failed, just like everyone else.” A perfect encapsulation of Millennial zeitgeist. Emi faces a post-college crossroads that many readers may find relatable.

Kei, at 30 years old, is a good counterbalance who provides Emi with some perspective. Kei is confident and passionate; she’s not just an aging clubber who can’t let go of her 20s, she’s a DJ who loves the music and wants to create events where she can share what she loves. The characters have genuine getting-to-know-you conversations that are funny and sweet. Their relationship might seem rushed at the beginning, but Nishio gives his characters plenty of time to just talk.

For some readers the slow pace might be the kiss of death. There are no big plot twists or huge surprises in Volume 1 (though is does appear that Emi is hiding something from Kei…). The art is beautiful and the character designs are deceptively simple, reminiscent of Eureka 7 and some 70s shojo, but at the same time entirely modern. There are complex backgrounds and technical art, like the DJ decks Kei eyes in an electronics store, but the characters remain expressive, fluid, and cartoony when the occasion calls for it. After Hours is recommended to those who unashamedly love slice-of-life and are looking for an adorable and sincere yuri that isn’t about high school students. Recommended.