Hosoda’s Next Anime Film Gets a Teaser 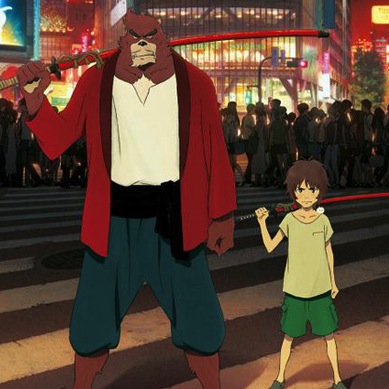 Yesterday we posted about the reveal of the next anime movie from Mamoru Hosoda, the acclaimed director behind The Girl Who Leapt Through Time, Summer Wars, and more. Bakemono no Ko (The Boy and the Beast) is scheduled to premiere in Japan on July 11, 2015, making it three years since his previous feature, Wolf Children.

As previously reported, The Boy and the Beast is set in a world of animals known as Juutengai. The action-adventure story follows a young boy with no family who finds his way from the human city Shibuya to Juutengai, where he meets a stubborn bear-like swordsman.

With the announcement out of the way, you can now enjoy a brief teaser via the official website.