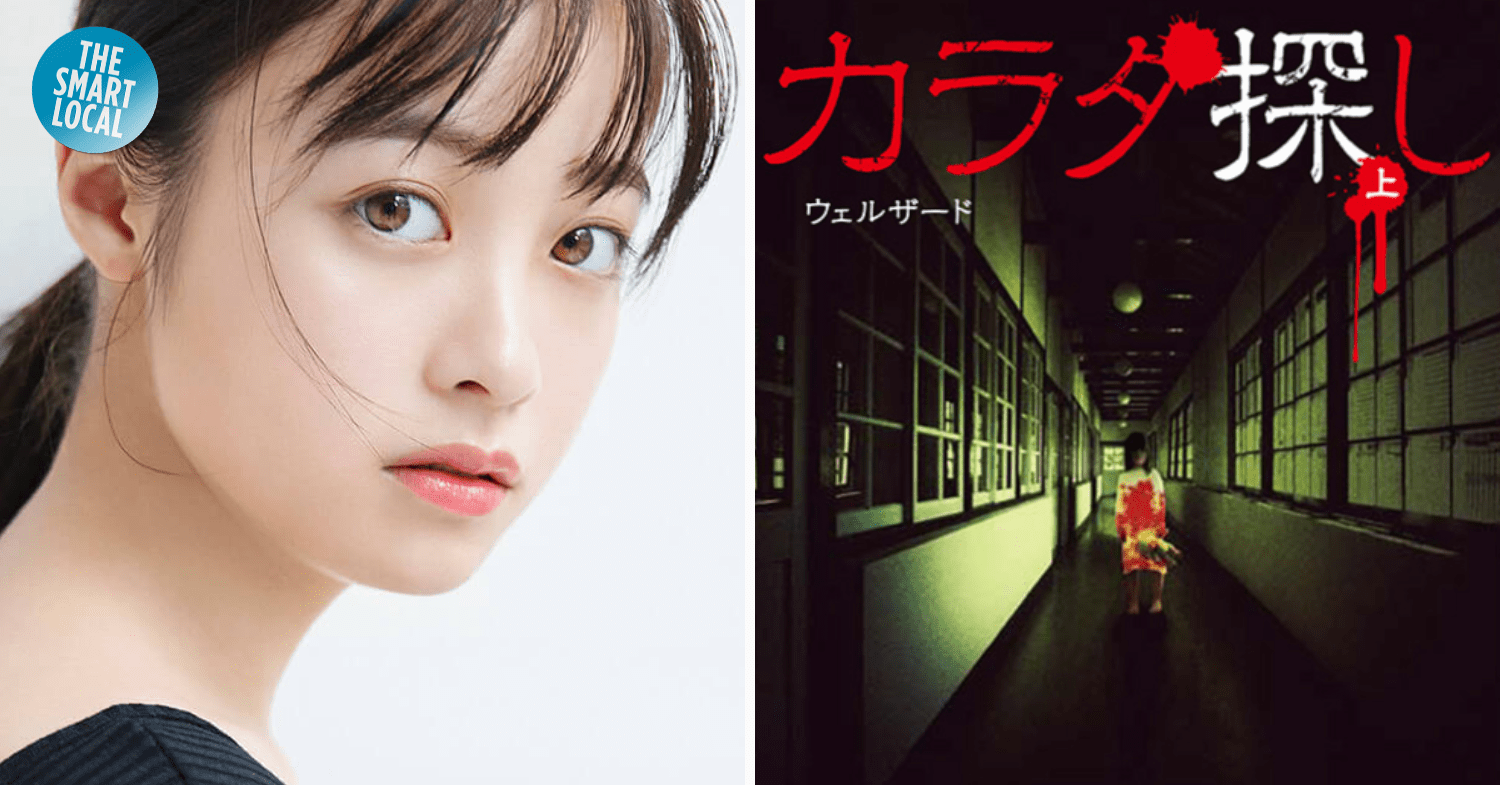 The live-action movie adaptation of the horror title Karada Sagashi (translated as Body Search) will hit Japanese theaters on October 14, just in time for Halloween. A teaser visual has been released. 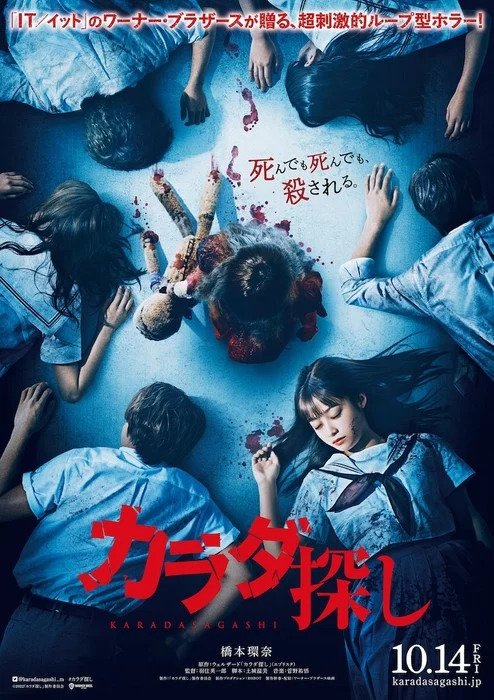 The movie stars Kanna Hashimoto as Asuka Morisaki. It’s being directed by Eiichirō Hasumi, who previously worked on the live-action Assassination Classroom and Resident Evil: Infinite Darkness. The script was written by Harumi Doki, while the music was composed by Yūgo Kanno. The whole film was shot on location at Kitakyūshū last fall.

The franchise started as a cell phone novel written by Welzard. It later received a manga adaptation by Katsutoshi Murase. In the story, high schooler Asuka has the ghost of another high school girl haunting her, requesting that Asuka find her body. The ghost’s body was cut up in eight pieces and placed around the school. In the midst of this, Asuka and her friends are being stalked by the Red Person, who also murdered the ghost, and who will murder them and cut up their bodies into pieces.

The manga was published between 2014 and 2017 on Shonen Jump+, and it made records as the first series there to get more than 100 million views. It has also been published physically, as seventeen volumes, and has more than three million copies in circulation. There was also a sequel manga called Karada Sagashi Kai that ran from 2018 to 2019. Neither manga has been licensed for the United States.

In addition to the manga adaptations, the story has received anime adaptation shorts that became available on Production I.G’s app Tate Anime (which is now called Anime Beans). Those anime shorts came out in 2017.

Are you interested in checking out this movie? Do you want the manga to get licensed here in America?