Hiraeth: The End of the Journey Is Emotional and Mystical 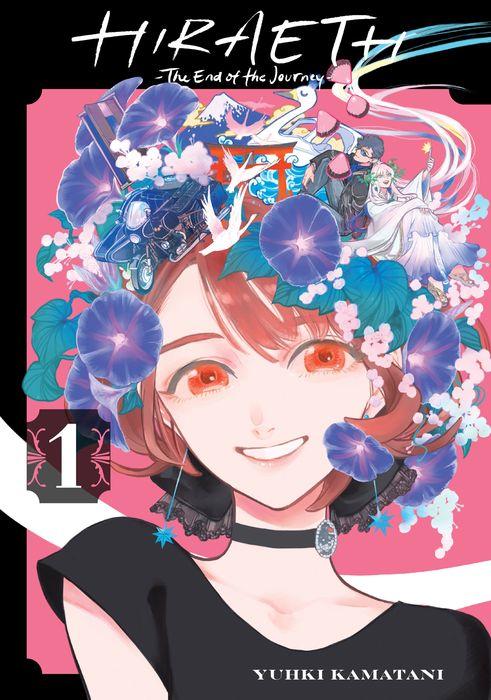 Hiraeth: The End of the Journey is an emotional and numinous manga. Teenager Mika runs in front of a truck, and a man knocks her to safety before she dies. But she doesn’t want to thank him, because she was trying to kill herself. Mika has lost her best friend, and she’s so distraught that she wants to follow her friend into the afterlife.

The man who saved her isn’t really a man, but it’s not really clear what he is. He’s immortal, and keeps a notebook of names of the people he’s lost over the years. His companion is an androgynous god whose time has come to die, because gods can die as well when they’re no longer believed in. This god, the immortal man, and Mika all go on a journey together toward the god’s death. Mika hopes that by coming along, she can find the spirit of her friend.

The manga waxes philosophical about the pain of losing loved ones, and whether or not there is still life after death. It doesn’t glorify suicide with Mika’s early attempt, but shows the very real loss someone can feel after losing a loved one. Different perspectives on life and death are given, and the manga is mystical and metaphorical. The artwork is amazing, especially when it shows its mystical scenes. It’s hard to imagine a book like this — with its clear talk about suicide, its invocation of gods, and its surreal atmosphere — being made as an American comic. This is one of those stories that is told in such a specifically manga-style — and with such heart and emotion. It’s a good example of what makes manga unique from American comics and why so many people love how manga can give different takes. Because it does deal with hard subjects, this manga could potentially be cathartic to someone who’s experienced their own grief, because Mika’s grief for her friend is so heartfelt and universal. The first volume doesn’t give clear answers, nor does it tell us how the friend died, though there are hints. This is a beautiful and devastating manga, truly one of a kind.

Hiraeth: The End of the Journey 1

Ima Koi Is an Endearing Slice-of-Life Shojo Romance
Is It Wrong to Try to Pick Up Girls in a Dungeon? IV Set for Summer