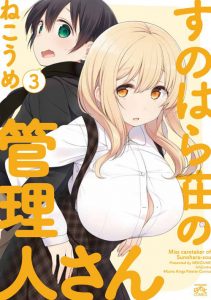 If you’re a fan of the time-honored harem genre, in which one man improbably ends up living with multiple beautiful women, you are in luck: an anime adaptation of harem comedy manga Sunohara-sou no Kanrinin-san has just been announced.

The manga, by Nekoume, is about a boy with feminine looks who always gets treated like a girl. He moves to Tokyo to attend middle school and ends up living in the Sunohara-sou of the title, in which live three female members of the student council, plus caretaker Ayaka Sunohara.

The original manga is a so-called yonkoma, or four-panel, gag comedy, and has been serialized since 2014.

Check out the teaser below and decide whether Sunohara-sou no Kanrinin-san might be your thing.

View all posts by Matt Schley
Which Anime Character Would Give the Best Love Advice?
Mangaka Board Game Expands to the World of American Comics