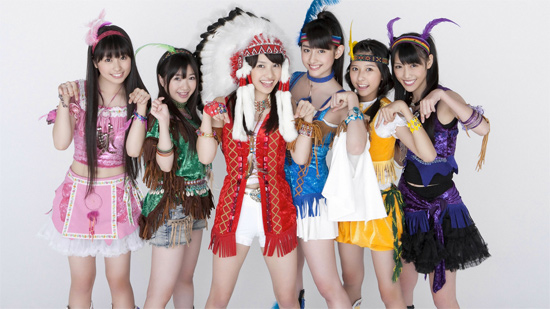 Gaga’s got a thing for J-pop.

First it was announced that anti-idol idols Babymetal would be joining Lady Gaga on a few tour dates, and now the word is that Gaga has also invited Momoiro Clover Z to open for her when she tours Japan in August.

Momoiro Clover Z are a five-girl idol group formed back in 2008. Their gimmick, if you will, is a hyperkenetic set of songs that especially come to life during live shows, which they play with a ferocious amount of energy. They’re also color-coordinated, much like sentai characters, with the same members always wearing the same bright-colored uniforms.

It’ll be interesting to see whether Lady Gaga’s embracing of J-pop will lead to more listeners abroad. In any case, Momoclo, ganbatte!