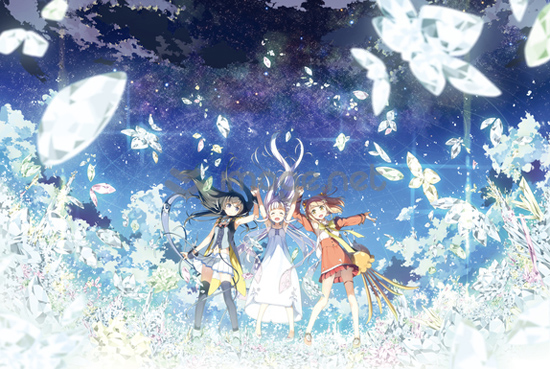 Garakowa -Restore the World- is a new anime film from A-1 Pictures and director Masashi Ishihama (From the New World) set to open in January. The film has an interesting production history: it started “D.Backup,” a story concept by independent game creators Physics Point, who entered and won Pony Canyon’s first Anime Adaptation Prize in 2013. In 2014, it was announced D.Backup would be produced at A-1, directed by Ishihama and written by Fumihiko Shimo (Air, Kanon, Clannad, Amagi Brilliant Park).

Take another glance at Shimo’s screenwriting credits. Your reaction is probably a good indication of how much you will get out of Garakowa. Like those productions, Garakowa has a distinctly moe vibe, with its three main characters each designed to hit certain otaku buttons. 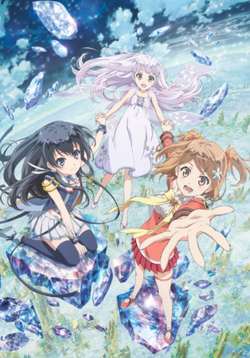 The first of those two leads are Dual and Dorothy, anthropomorphized anti-virus programs within the Box of Wisdom, a supercomputer which holds the whole of human history as backed-up data. Dual and Dorothy’s job is to seek out backups of certain time periods that have been infected by viruses and delete them. The film begins as Dual is forced to wipe a corrupted backup of 2015 Japan, complete with all its inhabitants, which, despite being computer data, appear to have real lives and emotions.

Dual and Dorothy, whose polar opposite personalities put them in constant conflict, are confronted with a strange situation with the sudden arrival of a girl named Remo, who appears to be neither or a virus nor an anti-virus program. On top of that, she’s an amnesiac. Against Dorothy’s judgement, Dual decides to take Remo in (why anti-virus programs live in a house is unclear) and try to help her recover her memory.

What starts off as a potentially interesting sci-fi premise, though, quickly sidesteps into cutesy territory as Remo’s first act in the Dual/Dorothy household is to start cooking. It’s the first of many scenes (including no less than three montages) of the three characters, for no apparent reason, eating, sightseeing and generally moeing their way through the Box of Wisdom’s backed-up time periods.

After this period of domestic bliss, Garakowa returns to the sci-fi story, as a new virus attack serves as the impetus for discovering the truth behind Remo and the Box of Wisdom in an exposition-heavy third act that just might make sense upon repeated viewings.

I don’t think there will be any of those for me, though. Despite the interesting concept, Garakowa spends too much of its short 67-minute runtime doing the moe thing, as its ostensibly non-human heroines squeal in high-pitched voices over how much they love cake.

There is an audience for this kind of thing – and if “Kyoto Animation meets sci-fi” is a premise that sounds appealing to you, Garakowa may be worth a look. Me, I’m going to need a couple Ghost in the Shell viewings to get the taste of this one out of my mouth.

– MOE! What does it mean? What hath it wrought?
– The Anthem of the Heart Anime Film Sings a Beautiful Song
– Anohana’s Creators Share the Secrets of Their Success
– Live-action Anohana Child Cast, Airdate Revealed