Game Center CX and the Spirit of Gaming 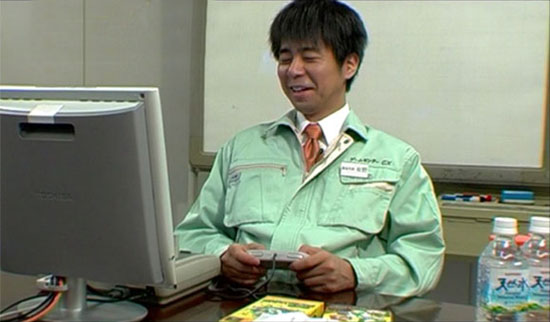 I didn’t hear about the Fuji Television show Game Center CX until shortly before the release of the Nintendo DS game Retro Game Challenge. RGC—having miraculously made it stateside (unlike its sequel) thanks to Xseed Games—transported players back into the body of a child, zapping before them a bevy of retro-styled game challenges modeled after those that both wowed and stumped kids of the ’80s. It’s a fitting way of translating Game Center CX into playable form, as that’s precisely what the show does to host Shinya Arino and, ultimately, the viewer as well.

The premise of the series is simple. Shinya Arino, also known as the Kacho (Section Chief), is tasked with facing up to the challenges of gaming’s past, from brutal platforming games on the original Famicom—the Japanese predecessor to the Nintendo Entertainment System—to dating sims on Playstation 2. Arino even tackles more modern fare at times, like the episode that finds him sitting behind Capcom’s notoriously monstrous Steel Battalion controller, maneuvering his mech under the glow of a looming movie theater screen. 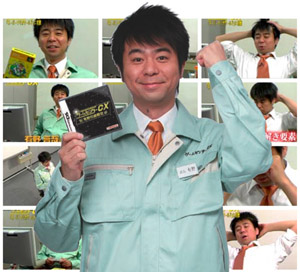 No matter the challenge, Arino soldiers on with steely resolve, a healthy dose of humor and, most important of all, genuine curiosity and awe at whatever game he may be playing. There’s something incredibly pure about the way the show treats games that may be considered archaic—by today’s standards, at least—as fresh and exciting experiences, like they just popped out of the plastic wrap. And they pretty much did, as another charm of the series is the fact that every title is played via the original console; carts and discs pulled straight out of their boxes, manuals and all.

The show’s emphasis on childlike wonder—coupled with extreme, by any means necessary perseverance—makes watching it not at all unlike sitting next to a childhood friend as they power through games, gleefully hogging the controller. Every obstacle is something worth pausing to consider; 8-bit Nintendo games become larger than life. When Arino reaches a boss, which those weened on modern games would see as an abstract representation of evil at best, he hits start and takes a moment to marvel at his opponent. What is this unfathomable beast? How can he possibly hope to defeat it? Is it a “full-time employee”? These are the questions of a precocious 8-year-old circa 198x, yet they seem perfectly logical and fitting coming from Arino.

A lot of this has to do with his comedy background. Arino is known well in Japan as one half of the comic duo Yoiko. Thanks to his comedic chops, he gets away with making grand entertainment out of what could otherwise be potentially, well, dull. Watching someone play one game for an extended period of time—especially when most of that time is comprised of failure after failure—can be exhausting, but Arino makes it shine. The show rarely drags, whether he’s applying a cooling pad to his forehead in preparation for boss fight attempt no. 549, or interacting with his staff and assistants, who occasionally step in to help pass particularly brutal stages, or reference a handy strategy guide.

So yes, Game Center CX would not work at all were Arino not so likable. Similarly, it just wouldn’t work if he were very good at video games. If you want to watch someone effortlessly whiz through a classic of olde, your time is best spent over at Speed Demos Archive. Arino has more trouble with Super Mario Bros. 3 than Mr. Magoo. He makes Ninja Gaiden‘s common bird enemy look like an insurmountable force of nature. Yet he continues, because he must.

Since Kotaku started streaming the series, they’ve mostly shown segments that only include Arino facing the game challenge du jour. In the show itself, however, the TV game action is split up between other segments, such as “Tama ni Ikunara Konna Game Center (TamaGe)” or “You Should Visit this Game Center Sometime.” A personal favorite, this bit has Arino visiting various game centers all over Japan, marveling at the oddities within, and generally having a great time with everything from arcade mainstays to bizarre antiques. Other segments range from catalogs of different publishers’ games to interviews with famous creators, and more. 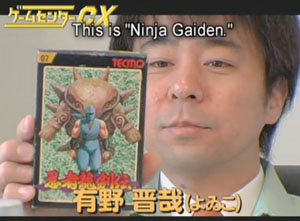 It’s a shame there could never be a reasonable facsimile of Game Center CX in America. Beyond the fact that it simply wouldn’t draw in enough viewers, the majority of the US tends to be more attracted to snark and sarcasm, as evidenced by a wealth of game-themed Internet shows. I’d love to think we could create a program that lacked bite or cynicism—instead replicating the wonder, fascination and focus on history of GCCX—but there’s no way. Gaming as a whole can greatly benefit from this type of spirited cataloging, too, and it’s unclear as to how many episodes Kotaku will end up bringing out beyond the initial 12 they’ve licensed for streaming.

If the mysteries of unsubtitled episodes haunt you, everything you could ever possibly want to know about the show can be found at superfan Ray Barnholt’s Game Center CX episode guide.