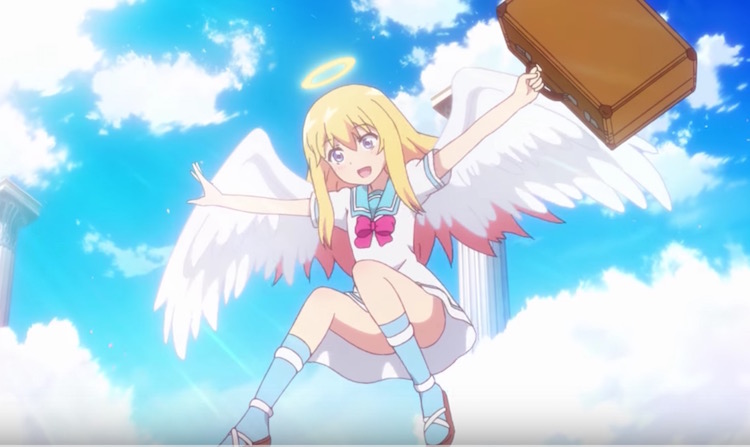 Ukami’s Gabriel Dropout manga follows an angel who graduated at the top of her class only to turn lazy after getting sucked into online gaming on Earth. An anime adaptation is on the way, and a new trailer is here to preview some footage and confirm staff and cast members.

Miyu Tomita (Otako in Please tell me! Galko-chan) is in the lead as Gabriel White Tenma alongside Saori Ōnishi (Doppel in Monster Musume) as Vignette April Tsukinose, Naomi Ōzora (Chieri in The Idolmaster: Cinderella Girls) as Satanichia McDowell Kurumizawa, and Kana Hanazawa (Mayuri in Steins;Gate) as Raphiel Ainsworth Shiraha.