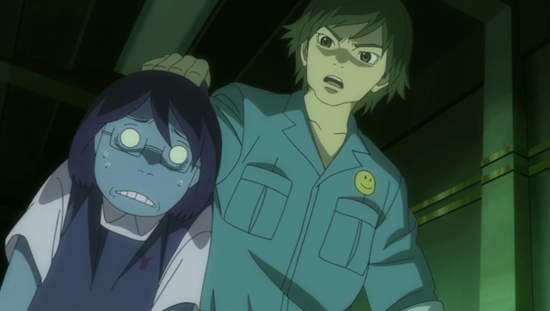 The summer anime season is underway, and there are more shows than ever streaming online. With so much to sift through, one can’t be expected to give everything the fair shake it may or may not deserve. That’s where First Impressions comes in. Whether a series is a handful of episodes deep or coming right out the gate, we’ll be sure to let you know whether or not we think it’s worth checking out.

Welcome (back) to the year 1999. Maya Kamashiro—a young girl who initially comes off as somewhat quiet and cold—arrives at Waldstein Academy just in time for the principal’s funeral. Well, maybe “fashionably late” would be a more appropriate description, but she’s allowed a bit of leeway once we discover the principal is also her father. That may account for the aforementioned coldness, as well; seems reasonable enough.

Maya is on edge throughout the ceremony, either because of her loss or her intense loathing for everything related to the occult. Adding to her visible chagrin is the fact that her father’s academy is absolutely stacked with the creepy crap, and his final recorded words only manage to further cement her disdain. As his voice drones on tape, he ends up accidentally casting a spell that enchants the dead, bringing his corpse to life to wreak havoc in the halls, and kicking Maya into immediate action.

What follows is a quick introduction to a portion of the school’s motley roster, as fellow students scramble to help Maya contain the specter before it manages to possess anyone else. Occult Academy thankfully establishes a light comedic tone right away, which helps save it from becoming simply another dull take on spooky subject matter. It’s not straight-up goofy, but director Tomohiko Ito (Death Note) and his staff make it abundantly clear they’re not taking themselves too seriously here. 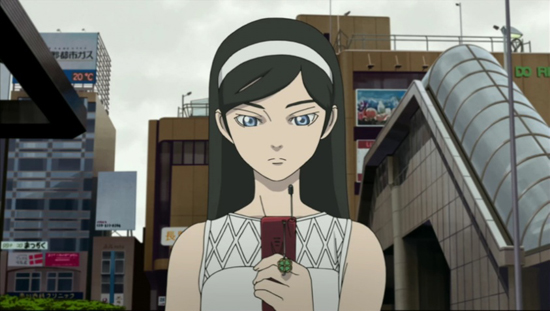 The plot is promising, especially with the way we’re given the occasional glimpse into Maya’s past and what appears to be a very mixed, if outwardly negative, relationship with all things occult. Hopefully they can manage to explore the supporting cast enough without losing focus on Maya, who has the opportunity to become an interesting protagonist.

A-1 Pictures (Fairy Tail, Kuroshitsuji) keep things lively enough, but being episode one it’s kind of fruitless to try and draw any conclusions on the overall animation quality. Of course things are going to look their best in the beginning; first impressions are everything. That’s the name of the game here, though, so barring any major budget drop-offs—and despite the lack of much in the way of overly intense action in the series opener—Occult Academy is looking pretty solid on the production side so far.

Most importantly, they give just the right amount away in the first chapter to make viewers hungry for what’s to come. In fact, the meat of the premise hasn’t even had a chance to fully set in, with a mysterious new arrival that plays into the overarching plot served up as a curious (and naked) cliffhanger. Slated for a brisk 13 episodes, Occult Academy looks to be a solid addition to the season’s lineup. Check it out.

You can watch streaming Occult Academy episodes on Crunchyroll.