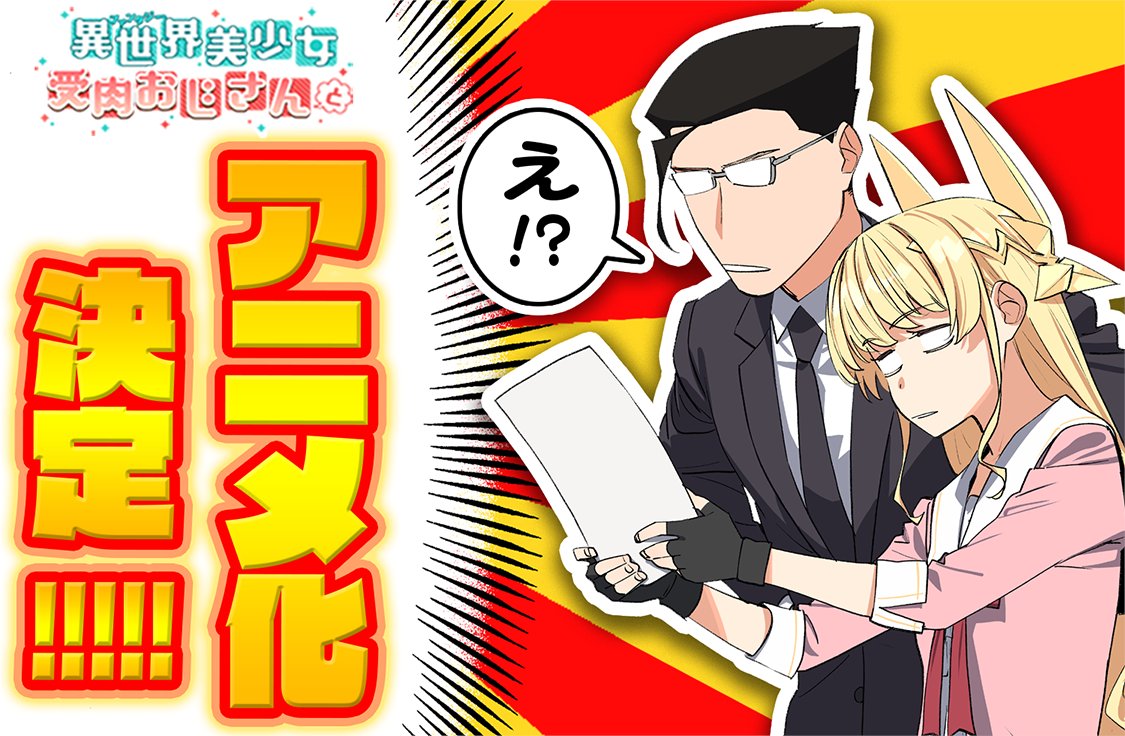 If you’re not tired of isekai anime yet, another is on the way, this time adapting the Fantasy Bishoujo Juniku Ojisan to comedy manga—AKA Fabiniku for short—by writer Yu Tsurusaki and artist Shin Ikezawa. Juniku is an otaku term for a middle-aged man acquiring the body of a beautiful girl, which should give you an idea of what this one is going for.

The Fantasy Bishoujo Juniku Ojisan to manga has been running on Cygames’ manga site Cycomi since November of 2019, and has been collected in four volumes so far, with the latest to be released in Japan this Wednesday, May 19.

The story of Fabiniku follows 32-year-old company employee Hyuga Tachibana, who wants a girlfriend. Hyuga laments that he’s so unpopular with women that he wishes he were a girl, and when both he and his handsome best friend Tsukasa Jinguji are transported to another world, a goddess ends up granting his wish. Now he and his friend are cursed to appear attractive to one another, and while Hyuga swears there’s no way he’ll fall in love with a man, they gradually become very aware of one another…

Stay tuned for more on this one as details are announced.