Enter the World of K-Pop With Hit Webtoon Imitation! 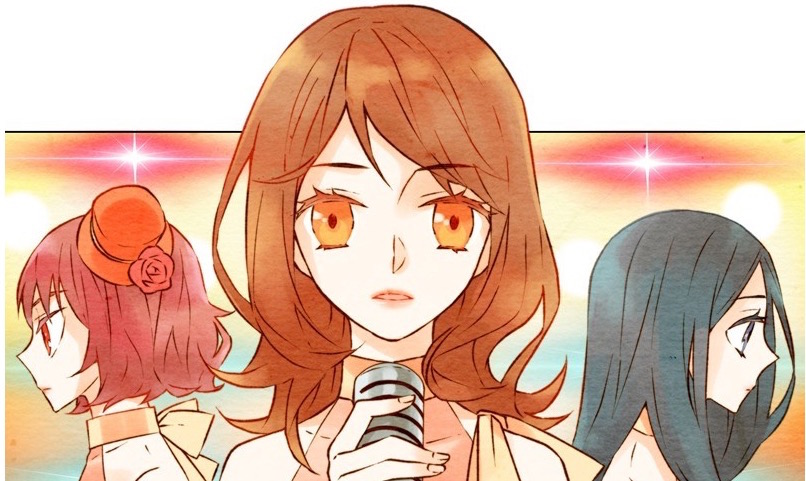 
Korean pop is a phenomenon that’s only been increasing in popularity over the years. The world of K-pop is thrilling both from the perspective of fans, who get to see all the catchy action going down on stage, and the performers, who have their own fascinating lives going on behind the scenes. Kyung-ran Park’s

is a fantastic Webtoon available on

and it just might be the perfect backstage pass to music, romance, and more.

centers on 20-year-old singer Maha Lee, a member of a K-pop girl group called Tea Party. True to the name of the series, Maha’s success was built on her ability to imitate other popular stars, and this particular path doesn’t sit well with other members of the pop community. Ryoc Gwon, member of the boy band SHAX, certainly isn’t cool with it, going so far as to hate Maha for the way she’s achieved her success.

Ryoc simply doesn’t respect people who become famous without talent or hard work, and he sees all these undesirable qualities in Maha. Thus, their initial interactions are far from pleasant, and Ryoc’s cold-hearted ways frequently frighten Maha. Things gradually change, however, and Ryoc starts to have a change of heart after a particularly horrible mistake that makes Maha cry. Could a sweet romance be lurking beneath their typically icy relationship?

One thing’s for sure, Maha and Ryoc will have to hide their budding relationship from everyone around them. This is just one of the many strong hooks of

which also works so well thanks to a brilliantly developed cast and a keen focus on the highly-competitive K-pop idol scene. Pop some catchy tunes on in the background, sign up at

and get lost in one of the most addictive online comics available.

Hands-On: Punchin’ Away with One Piece & JoJo’s Bizarre Adventure
Party with our Guests at the Anime Fan Fest Friday VIP Party!