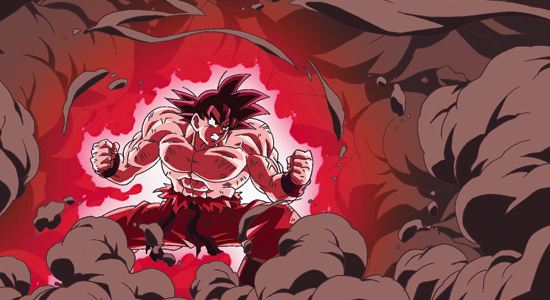 The first volume of Dragon Ball Z Kai ended as a cliffhanger, with Goku and Vegeta decking it out. The second volume, which contains thirteen episodes, gets right into the action. Though this is supposed to be Dragon Ball Z without the filler, there’s still quite a bit of drawn-out fighting going on. (But I kind of doubt many of you are complaining about that.) Vegeta will die about as easily as a serial killer in a slasher film. Even after getting his tail cut off and being blasted, he just keeps coming right back up. And when he’s finally weak enough to be finished off, a bloodied and subjugated Goku insists Vegeta be allowed to live. For the sake of the plot, really.  Vegeta’s so badass he has to be brought back. 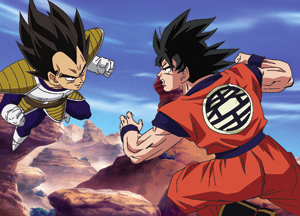 This volume ends the Saiyan Saga and moves right on into the Frieza Saga. The source of the original Dragon Balls are on the planet Namek and Frieza wants them. But so does Vegeta, who’s now healed up. Our heroes are going to have to get to them, except that Goku’s still wrapped up like a mummy in bandages. So he does what any father would do: he sends his elementary-school aged son Gohan out into the universe to battle murderous villains in a different solar system. These things happen.

Thankfully, Gohan isn’t alone. He goes into outer space with Krillin and Bulma, who just generally isn’t in a good mood during all this. In the meantime, Goku has to get healed up and join the others. Epic fighting, here we come!

Dragon Ball Z Kai, as you might already know, is essentially Dragon Ball Z cut down to get rid of filler and with some newness like cleaned-up art and a new dub. There have been some complaints about the cutting (like missing the whole part in the first volume where Goku goes to hell), but it also gets to the meat of things faster. The art definitely looks 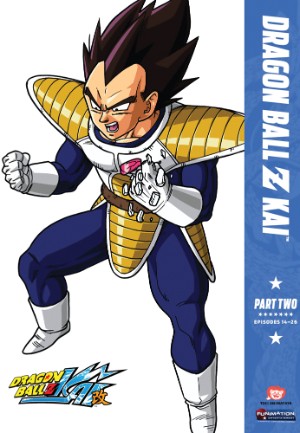 much nicer, and as for the dub, I was watching with some friends who were fans of Dragon Ball Z and they didn’t notice any voice changes. However, once we got out the previous English dub, a few differences became apparent. Goku is still the same, but some other voices—like Frieza, Gohan and the narrator—are different. Whether these changes are good or bad will likely be a mixed bag for fans. At any rate, I enjoyed what I watched.

The second volume also ends with a cliffhanger, right in the midst of the Frieza Saga. And what’s this Super Saiyan thing they keep alluding to?!  (That’s a rhetorical question; you don’t have to answer.)