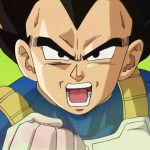 If you’ve been watching Dragon Ball Super from the beginning, you no doubt remember the battle against the Vegeta-cloning alien in episodes 45 and 46. Funimation has a treat for long time fans of Akira Toriyama’s series, because a blast from the past is set to voice the clone. Yep, it’s none other than Brian Drummond, who voiced Vegeta back in the era of Ocean Group dubs.

Cast announcement from the latest #DragonBallSuper dub episode! Hardcore #DBZ fans will recognize that voice… In this blast from DBZ past, we’re SO hyped to announce that Cloned Vegeta, who debuted in this episode, is played by Brian Drummond! pic.twitter.com/rmAsScDz7F

This is for all you amazing DBZ fans! Thanks @VoiceOfVegeta for letting me take the old Saiyan out for a spin! #stillrunsgreat https://t.co/qoHKEED926