Cutie Honey and Cobra Are Trying to Intoxicate You

At least those of you above the legal drinking age of 21 (he says as he dons some kind of weird version of McGruff the Crime Dog’s mask). Soon we’ll all learn that there’s no better way to enjoy your whiskey than out of a curvy bottle modeled after Go Nagai’s Cutie Honey (specifically The Live), or a smashing hip flask and bottle with everyone’s favorite manly man, Cobra, of Buichi Terasawa’s legendary Space Adventure Cobra series, which is currently enjoying its 30th anniversary.

Seriously, I need that Cobra flask now. Then again, that’ll probably end up being the coolest thing I buy in the next decade, so maybe I should put a hold on it to stave off any disappointments down the road. Both this and the Cutie Honey bottle will be available in October in Japan, and since, uh, alcohol is involved, I’m not sure if they’ll be purchasable on our end. Still, a man can dream, and I’ll no doubt be falling asleep to visions of that Mazinger Z bottle dancing in my head, as well. 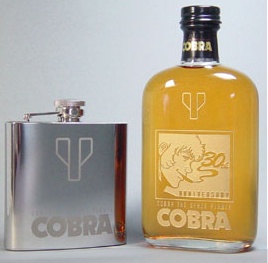 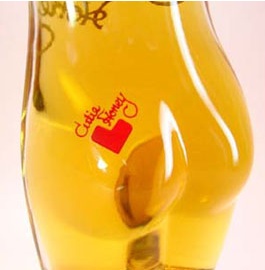