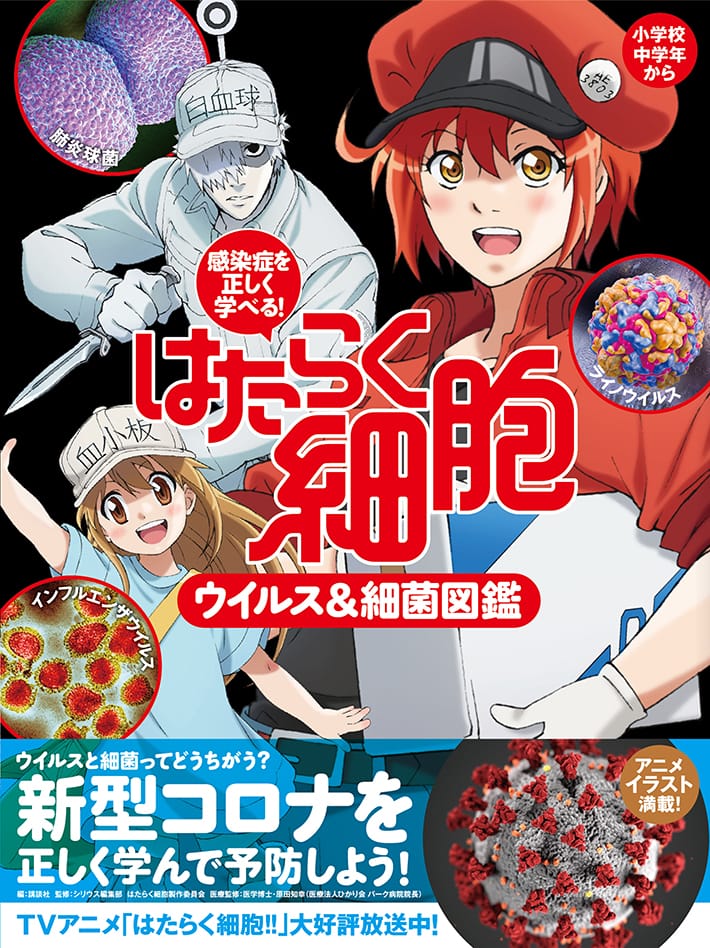 The Cells at Work! manga has received a few spinoffs, and now it’s spawned off into a medical reference book aimed at children.

Being released by Kodansha, the same publisher of the manga, the textbook has the long title of Learn Correctly About Infectious Diseases! Cells at Work! Illustrated Reference Book on Viruses and Bacteria.

It’s being released January 21, and it covers such topics as COVID-19 (timely), influenza, mumps, Streptococcus pneumoniae and Streptococcus mutans, to name a few.

The book is also very visual, using screenshots and imagery from the anime.