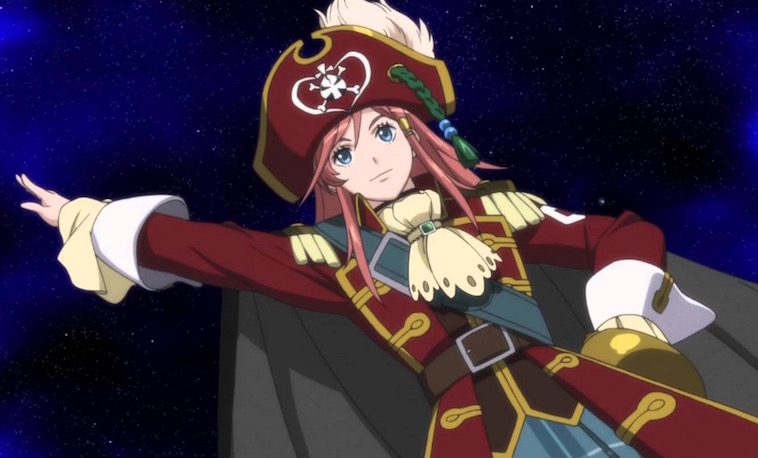 When it comes to commanding the Bentenmaru Marika doesn’t have anything more to prove, but that doesn’t mean there aren’t plenty more wild situations to get herself and her crew into. In this instance they find themselves taking a break from their usual staged looting and plundering to accept a job raiding a luxury liner called Begin The Beguine, but it wouldn’t be very bodacious if everything went as planned, would it?

The madness begins thanks to a passenger with a secret and his own hidden agenda. Once he ends up as a “hostage” on the Bentenmaru, Marika and the rest of the gang find themselves pursued by other warships in a wild race for what appears to be the biggest prize of all.

Series director Tatsuo Sato (Cat Soup, Martian Successor Nadesico, Lord Marksman and Vanadis) returns to write, direct, and storyboard this feature outing at anime studio Satelight. The film originally premiered in Japan on February 22, 2014, and you can see how all your favorite characters handle the even bigger spotlight in