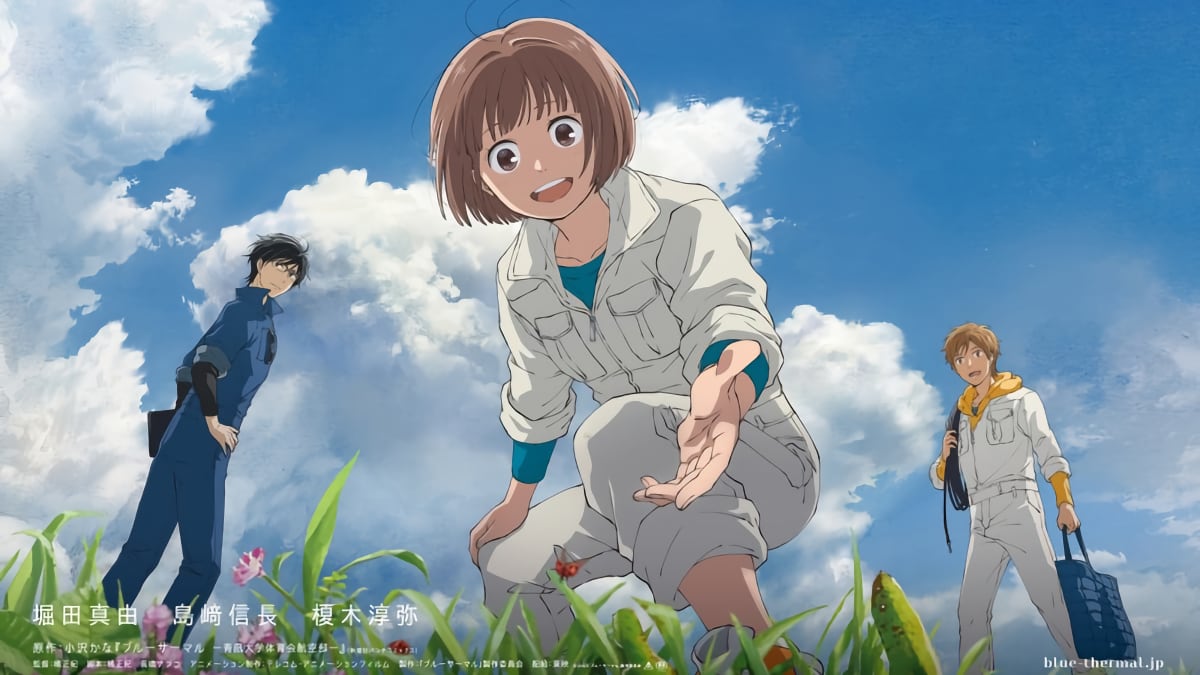 The movie will debut in Japanese theaters March 2022.

The catchphrase on the poster reads “fall in love with this sky.”

The manga is about a first-year college student whose goal is to lead a normal college life and fall in love, but who encounters the aviation club and gliders, and falls in love with the sky.

Blue Thermal launched in 2015, and previously inspired a short VR film in 2018. 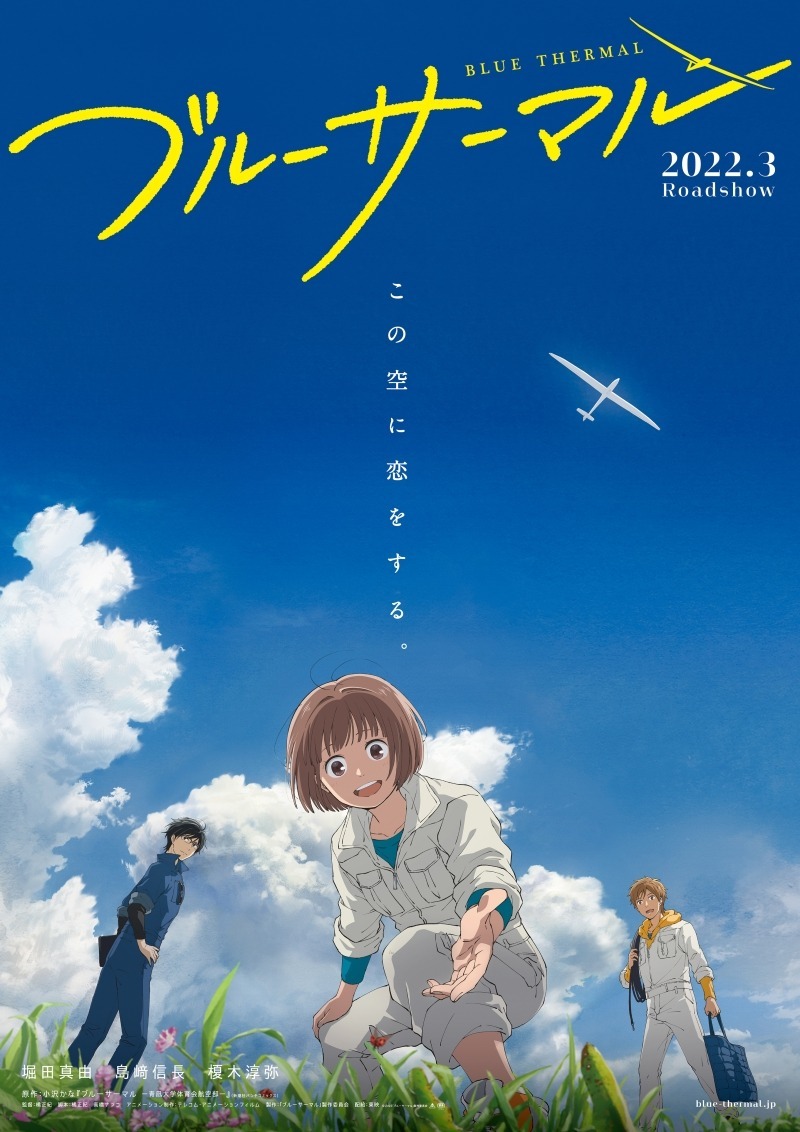 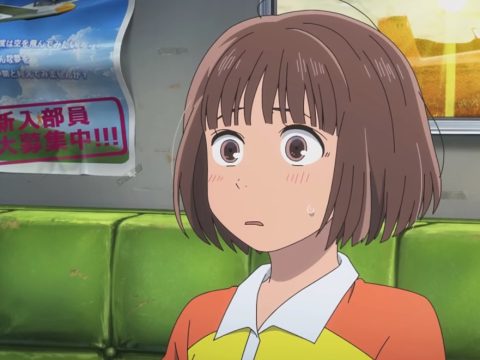