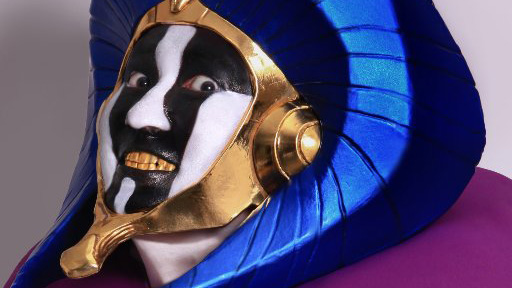 Now that Bleach, which ran for exactly 15 years and two days, has come to an end, creator Tite Kubo appears to have some time on his hands.

How much time? Enough to make an incredibly elaborate costume of one of his own characters, that’s how much.

The Bleach character Kubo chose was Mayuri Kurotsuchi, and… well, the pictures tell the whole story.

Just look at this guy:

“This is Tite Kubo of Bleach.”

Kubo rejoined Twitter last month, and according to his profile, plans to occasionally upload “some simple manga and stuff.”

Yeah, Kubo seems like the kind of guy with enough balls to cosplay his own manga. At this point, the artist deserves a cameo in the live-action film, don’t you think?