Berserk Manga to Resume This Month 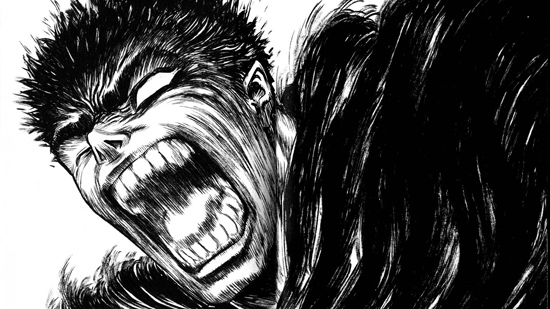 For every manga artist who faithfully turns in their work on time month and after month, there are definitely a few that subscribe to Douglas Adams’ philosophy about deadlines whooshing by and all that.

Some delays are unavoidable, like when One Piece author Eiichiro Oda’s tonsils kept swelling up, prompting him to have them removed last year. But other manga-ka just are simply famous for their long breaks, like Hunter x Hunter’s Yoshihiro Togashi, whose hiatuses (hiatii?) are so famous fans have started charting them in detailed graphs.

Another master of the hiatus: Berserk’s Kentaro Miura. Though he’s sprinkled in a few chapters here and there over the past couple years, the last time Miura turned in consecutive monthly chapters of Berserk was 2012 (and even then there were some pretty significant gaps).

That looks set to change this month, as Young Animal, the magazine dutifully putting up with Miura’s delays since 1989, has announced Berserk will return on a month basis starting July 24.

We don’t mean to be too hard on Miura: this year marks the 25th anniversary of the debut of the Berserk, and if we were working on the same thing for 25 years, we’d probably want to take the occasional break too. We’re just happy to see Guts coming back to the page (for the time being, anyway).