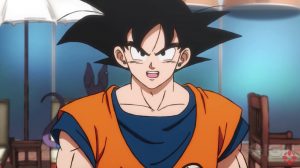 With Comic-Con 2018 under way in San Diego, it’s time for the hype machine to roll even harder on a handful of big projects. One of them happens to be the Dragon Ball Super: Broly anime film, which is coming to Japan in December and North America in January. IGN got the first reveal of the English-dubbed trailer, so watch as the big-screen brawl begins below.