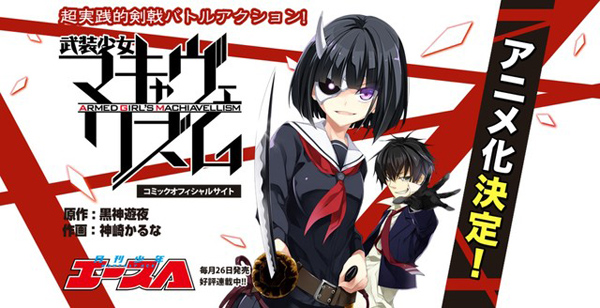 Armed Girl’s Machiavellism, a popular action manga that runs in Monthly Shonen Ace, is set to become an anime series, it was announced today.

The manga, which began running in Ace in 2014, takes place in a school where sword-wielding girls exert total control over the male students.

The manga is written by Yuya Kurokami and Karuna Kanzaki, who previously worked together on Shinakoi. It’s currently up to four compiled volumes, with the fifth set to be released in July.

Girls ruthlessly lording over guys with swords at an elite academy? We’re kind of getting Prison School meets Kill la Kill vibes from this one. We’ll have more details on the anime series as it approaches! 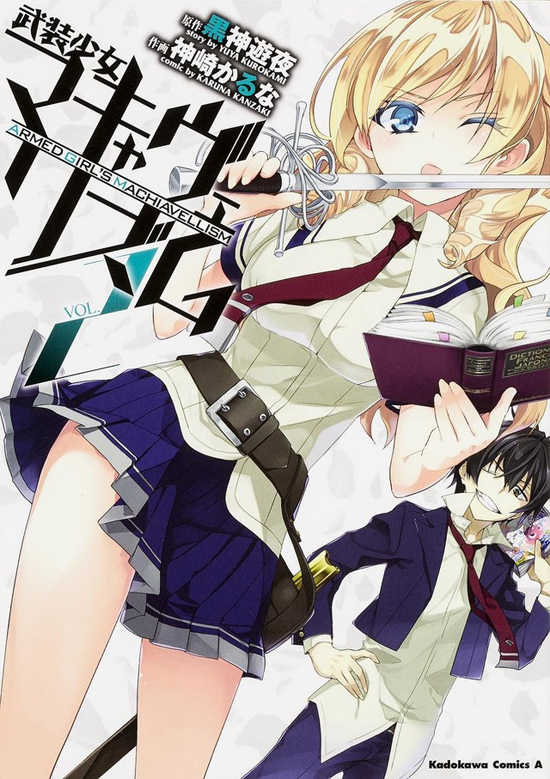