The appealing part of anime is not only the aesthetics of it but how relatable it can be. Anime can aid in putting tough moments into perspective, and that’s true even with good ol’ existential dread. You know, that all too familiar feeling, when life feels completely chaotic and somehow meaningless all at the same time.

Most humans have at one time or another felt the effects of existential dread, and as a millennial myself, I’m quite accustomed to it. While there are quite a few shows that touch upon existential dread, there is a handful that perfectly encapsulates what it feels like to be a working millennial in today’s society.

Overworked and underpaid, these anime protagonists give us a glimpse into the day-to-day lives of millennials. 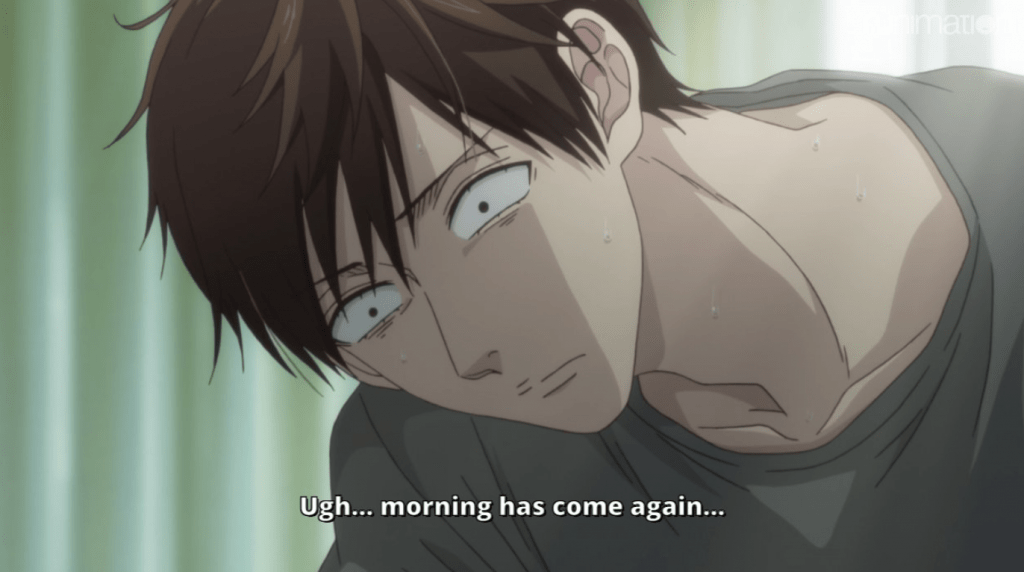 From popular gymnast to children’s TV show host, Uramichi is living day-to-day trying not to have a mental breakdown, albeit letting some of his true feelings slip out in front of the camera.

Every morning he is reminded that another meaningless day has come and that he must force himself to swallow his nihilistic antics and put on a performance for a group of young children. While helping to teach the children ABCs and healthy habits, he also slips in a bit of realism of adult life. Such as the harsh reality of using escapism and unhealthy coping mechanisms to fill an inevitable void.

The main cast is all in their late 20s and early 30s and feeling the pressures of the world around them: marriage, financial stability, and work success. Life Lessons with Uramichi Oniisan is painfully relatable, making it a great choice if you’re feeling a little cathartic. 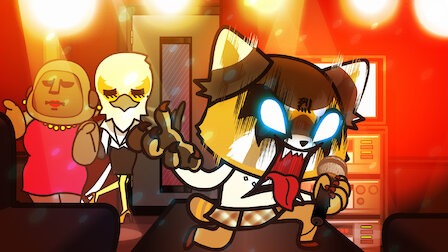 Aggretsuko has given us four seasons of millennial existential dread goodness. When you work a 9 to whenever-the-work-is-done thankless job you would probably be as enraged as Retsuko, too. Her cute looks juxtapose her internal rage. How could such a cute red panda turn into a death metal vocalist? A desk job with a shitty boss and little to no work-life balance. Not only is she expected to work herself to exhaustion, but she’s also being pressured by those around her to find a boyfriend since she’s not getting any younger. Sound familiar?

When Retsuko isn’t working, she’s death growling at the local karaoke, drinking ‘til red in the face, or escaping reality with her virtual boyfriend. Many of the situations and raging lyrics will strike a chord with millennials. 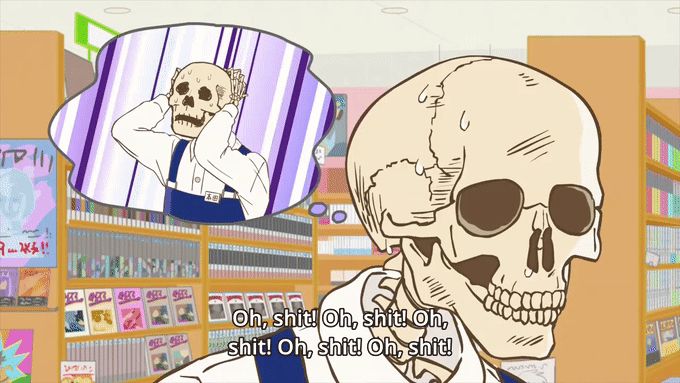 Ever felt worked to the bone? So has Honda — he’s literally a skeleton. While Skull-face Bookseller Honda-san is a bit lighter when it comes to the topic of crippling existential dread, there are plenty of references to the millennial experience. Honda wants to show what working in a bookstore is really like, including the back-breaking work, crazy customers, and the challenging relationships between booksellers, publishers, and sales teams.

Honda seems to enjoy his job but isn’t pardoned of the challenges that come with being a working adult. He mentions a great bookseller is “someone who doesn’t care about being monetarily rewarded for their work,” clueing us in that Honda is also an underpaid, blue-collared employee. He often dreads dealing with customers and is regularly seen internally screaming while still trying to keep up with his chipper customer-service voice. An all too real experience.

If you want an anime that speaks about the millennial experience and looming existential dread, the above are great choices to get a chuckle out of while internally crying of course. Do you have any millennial-centered shows that you relate to? Let us know!