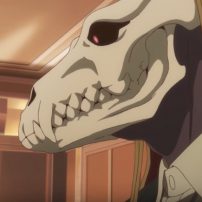 Wit Studio’s anime adaptation of Kore Yamazaki’s The Ancient Magus’ Bride manga is one of the biggest of the current season, and its next stop is a dub courtesy of Funimation Entertainment. Funimation will stream the dub starting October 30 at 4:00pm Eastern Time, so it’s time to find out who’s leading the cast in the first episode.

The award-winning manga comes to life with a highly anticipated anime series! Suffering a tragic childhood and sold at an auction, Chise Hatori has little hope for a better life. But when a mysterious sorcerer named Elias takes interest in her aptitude for magic, he decides to make her his apprentice—and his bride.