Hello! Yunmao Ayakawa here! It has been very common among Japanese Otaku to create “doujinshi” (self-published amateur works) involving manga, magazines and novels. An individual artist or a group of artists publish their own works and distribute them through Doujinshi conventions in local areas as well as major events such as Comiket. Doujinshi works are very unique! Since those artists are not connected with production companies, they can freely express artistic creativity in their works.

Recently, Doujinshi people have also started creating games and music. Higurashi no Naku Koro ni (known in the US as Higurashi When They Cry) and Fate/stay Night were first published as doujin-games mainly for otaku. The high quality story lines and pictures captured people outside the otaku community, however, and they eventually got picked up by major commercial game, anime, and movie companies. We should never underestimate doujin-games!!

VALLENDIOSS is a new game produced by the doujin-group FourDiass. Many doujinshi groups tend to make games focused on either shooter or virtual love/dating sim gameplay, but FourDiass packed VALLENDIOSS full of both robot battle scenes and love stories by using 3DCG. “VALLENDIOSS: Story 1” had its debut at Comiket and has been gaining great popularity among otaku since then. I was very impressed with the quality of the game, as well as the opening theme song!! FourDiass is planning to make three more stories of VALLENDIOSS!!

Maybe it will come to the US in the future!? Keep your eyes on VALLENDIOSS! 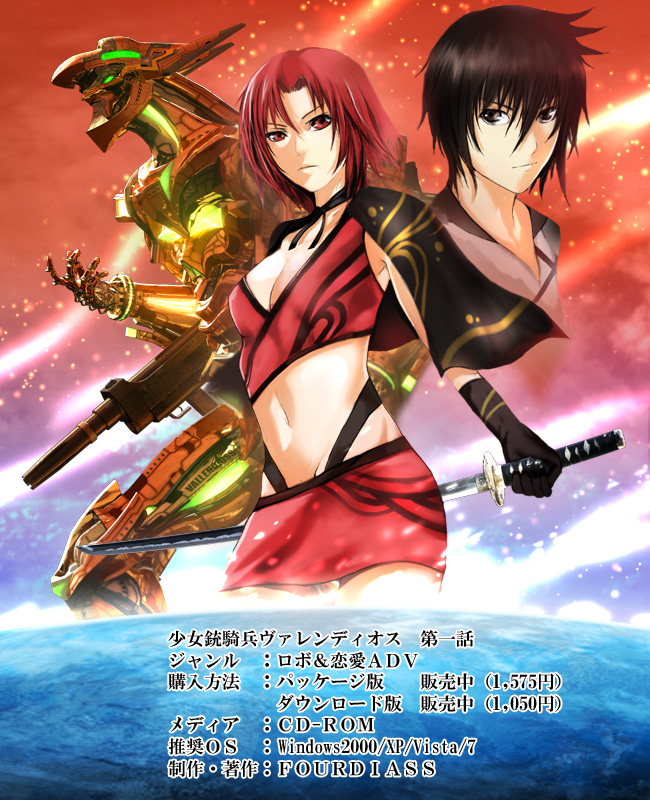