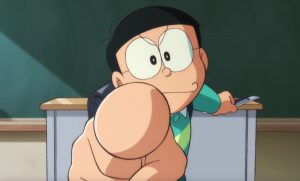 It’s time to find out what we can look forward to in the next Doraemon film, which the staff officially revealed at a Tokyo press event this week. The next entry in the theatrical series will be Doraemon the Movie: Chronicle of the Moon Exploration, marking the 39th film following last year’s Nobita’s Treasure Island.

The movie is set to open in Japan on March 1, 2019, with Shinnosuke Yakuwa (Nobita and the Birth of Japan 2016, Nobita in the New Haunts of Evil) returning to direct another Doraemon feature. Naoki Prize-winning author Midzuki Tsujimura is on the script and the novel adaptation, and there are plenty of new cast members joining the returning mainstays.

Some of those cast members include Alice Hirose as Luna, Souichi Nakaoka as Cancer, Shigeo Takahashi as Crab, Yuuya Yagira as Goddard, and Koutarou Yoshida as Diabolo. Check out the announcement video below. 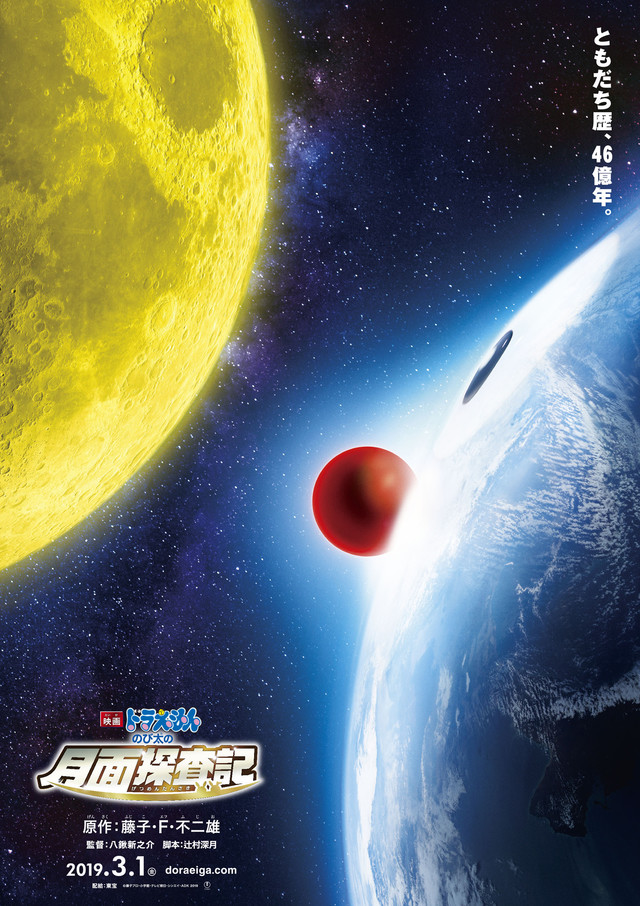