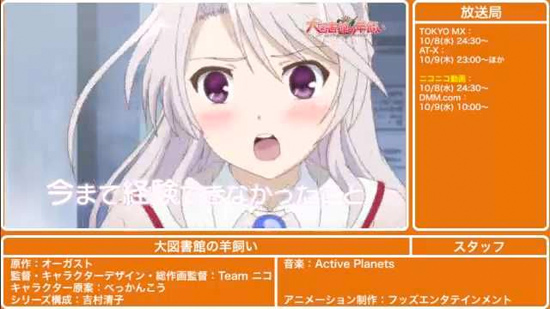 With anime breaking down into smaller and smaller subgenres these days, there are more series than ever, and despite the proliferation of nice, color-coded season preview charts (for which I’m most thankful, don’t get me wrong), sometimes a trailer’s what you need to decide whether to give a new show a watch.

Niconico user ringo apparently feels the same way, as he or she has compiled a giant 27-minute video of this fall’s anime, stitching together previews for no less than 23 shows, including Gundam Reconguista in G, Fate/stay Night and Parasyte, and adding bonus info on studios, directors and voice actors.

If you’re clicking around looking for this fall’s trailers, click no more. They’re all here.