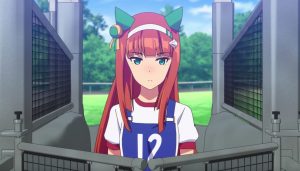 It may be arriving on April 1, but the premiere of Uma Musume Pretty Derby ain’t no joke. The cute-girls-are-also-racing-horses series has a date lined up, with the official website revealing Japanese broadcast premieres for Tokyo MX and BS11.

The Uma Musume premiere will kick off at midnight for an hour and will include episodes 1 and 2. A Kansai TV debut is also set for that night at 1:55am (technically April 2), followed by Saga TV on April 2 at 1:25am (likewise, but April 3) and Abema TV on April 3 at 11:00am.

Be sure to check out our previous post for cast and staff details for the series, which has Kei Oikawa directing at anime studio P.A. Works.