It’s the new year, which means the Internet is abuzz with lists of every conceivable kind. From exhaustive movie countdowns to “Top 15 soft drinks experiences 2010,” if you want a list, I’m sure you can find it. Even we cannot resist such wild temptations, as there’s no better way to cleanse the residual grime of the previous year than shaking off the fondest of memories like a shaggy dog after a rainy jaunt.

Before we get on with this humble list of the year’s best Japanese games, keep in mind that this is but one man’s experience. Due to the cruelty of time, there’s simply no way to dig into every game of merit, or give them all the amount of attention they deserve. Just a quick glance inside an issue or two of our magazine will reveal even more contenders that my fellow “power players” may have deemed worthy of a year’s best commendation. 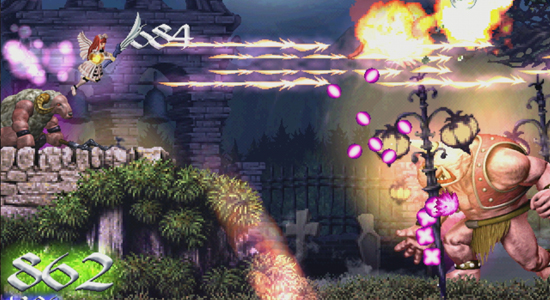 This one might be a stretch, but it’s completely in the running if we go by the North American Xbox 360 release! That humdinger hit retail shelves—and the homes of white-knuckled shooter fans across the continent—in June 2010, a mere three years after the original Japanese arcade release. Was it worth the wait? You betcha.

To sum up Deathsmiles without getting into nerdy shooter talk like scoring systems and such, it’s best to describe it as Castlevania: the Shoot ’em Up. I say this not because the cute goth-loli witch protagonists summon Belmonts dancing in my mind like whip-toting sugar plums, but because the entire world—from the elegant castle interiors to the enemies themselves—reeks of Konami’s vamp-slayin’ franchise.

The sprites are huge and gorgeous, the bosses are insane, and the challenge is as out-of-this-world as you want it to be. Whether you’re into the genre for the experience as a whole, or for the thrill of one-crediting games and topping high scores, Deathsmiles is one of the best examples of shoot ’em up fun out there.

Vanquish is a game that lets you do all the stuff you wish you could do in other shooters, a statement that places this on the list for reasons similar to my number 2 pick. It’s like Resident Evil mastermind Shinji Mikami saw Gears of War and immediately retreated to his bunker to devise a way to top that sluggish-but-fun American madness.

And top it he did, along with his team at Platinum Games. They, like many creative giants in recent years, know that Russia is back to being the enemy du jour. As such they’ve decided the only way to eradicate the red threat is to pop chain-smoking hero Sam Gideon into an Augmented Reaction Suit and hand the controls over to YOU, brave player.

In that suit you can flip, slide-strafe around giant robots like a rock star, pirouette out of said slide and bullet-time blast their remaining iron limbs to Hell. Then you can leap up, and drill kick down through their very rusted innards. Or you can simply run up and punch a robot in the face, retreating behind cover for just long enough to replenish your suit’s energy. This is the anti-Gears, in that the player is encouraged not to “stop and pop,” but to boldly run and gun and take risks like these moments are your last. I love me some Call of Duty and all those other fantastic firefights, but Vanquish delivered thrills like no other this year. 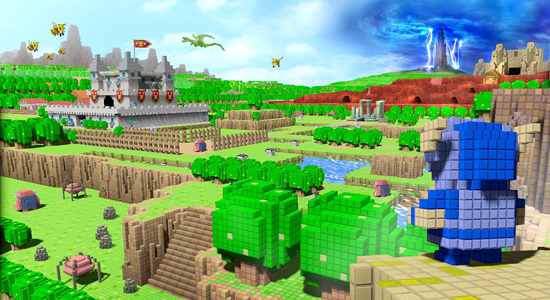 Atlus hit a whopper out of the park in 2009 with Demon’s Souls, but 2010 was also a killer year for the less masochistic among us. That’s not to say that 3D Dot Game Heroes is without challenge; far from it. It’s of a different ilk, however, as Atlus’s three-dimensional take on the original Legend of Zelda conjures those exploration and discovery-adoring feelings of old.

The name of the game here is secrets. You could easily blast through this top-down adventure and miss a ton of great stuff along the way. 3D Dot Game Heroes is a sweet elixir for the kind of gamer that used to bug Nintendo Power‘s elite (read: old, sweaty and weird) Game Counselors on the phone, or soak in the Protips that lit-up Gamepro‘s “fun factor”-filled pages.

I’m not saying one needs to hunker down, dial back the time machine and start doodling maps on the back of old Denny’s placemats, but that’s just the kind of mentality 3D Dot inspires. It’s got a vibrant and alive overworld littered with 3D “sprites” that are essentially what kids of the ’80s and ’90s imagined it must be like to leap inside their television sets like pint-sized Captain Ns. The soundtrack by Shinji Hosoe is also one of the year’s best, effortlessly mixing the beeps and boops of old hardware with more modern instrumentation. Just don’t let those fiendish dungeons in the game’s latter sections discourage you from seeing it through to the end; Dotnia needs heroes composed of sterner stuff. 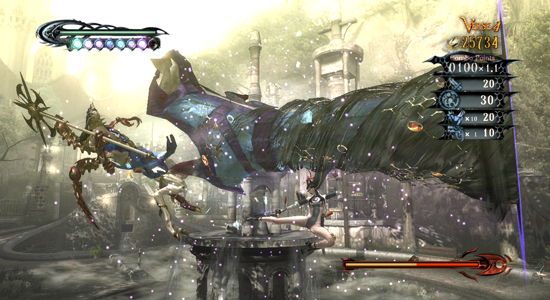 Like Vanquish, which Platinum Games also developed, Bayonetta lets you do all that keen stuff videogame cutscenes used to only taunt and tease. The fact that said cutscenes are by and large loaded with who-cares gibberish and—most criminal of all—tend to be boring as hell doesn’t even matter. Bayonetta is about sending hair-dragons to chomp up larger-than-life bosses, then blowing a kiss at the moon and pistol-kicking your way to the next obscenely cool challenge.

Bayonetta can be difficult, but it goes about it in a smart way. Rather than punishing the player for lacking skills in a certain area, Platinum saw fit to make the game beatable for anyone while leaving mastery to, well, the masters. You can think the pea-headed witchy woman protagonist looks dumb all you want, and I’ll grant you that to an extent, but boy is it fun to control her.

Loaded with homages to past games and packed to a respectable length, Bayonetta is what the Devil May Cry series was aiming for but never quite achieved (at least not since the first one, in my opinion). It can seem hopelessly frantic when you’re down on your luck, but hit a sweet spot and it’s as balletic as they come. 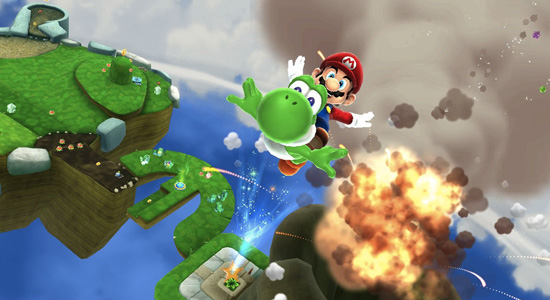 Another year has come and gone, and is it any wonder there’s little reason to have rivalry between the mascots of olde anymore? Sonic delivered another disappointment in 2010 (though I’ve yet to play Sonic Colors), while Nintendo gracefully built upon the best game of 2007. I hate to dig into old wounds… oh, who am I kidding, I love it. What the world of gaming needs now is a fresh mascot war for the kiddies to argue about on the playground.

While Nintendo could have easily taken Super Mario Galaxy and added some new levels atop the established design, Galaxy 2 benefits from some truly inspired variety. This is a masterclass in platforming ingenuity, and it’s impressive that they were able to revive the same awe many of us experienced the first time we discovered the joy of gravity-busting planet hopping.

While it’s true that my non-Japanese list (which I’ll be posting to my blog soon) has this excellent title bested by indie darling Super Meat Boy, the race was a close one. It’s nice to get the occasional reminder that pure, undiluted TV game magic is alive, and there’s no one more suited to remind us than that fat, whimsical plumber.

Crunchyroll to Simulcast Gosick, Beelzebub and More
Win Your Way in to the Gantz World Premiere!