Tokkyuger is Your New Super Sentai 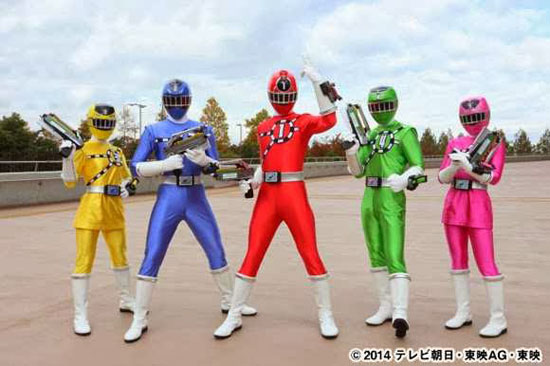 The Super Sentai changing of the guard is a very important thing; it’s been done after the credits of a sentai show’s final episode over the last few years. The previous year’s red ranger has a friendly spar with the new one, symbolically handing off leadership – and that Sunday morning time slot, with the heavy responsibility of selling cheap plastic to all Japanese children. Last year a spec ops agent handed sentai off to a weird guy who likes dinosaurs a lot. This year, a weird guy who likes dinosaurs a lot – he’ll be truly missed – will hand off sentai to… a train enthusiast.

The new show is called Ressha Sentai Tokkyuger, and it’s actually been stated that the series aims to simultaneously target little kids and adult railfans.

(You might be aware that the Pretty Cure anime’s demographics have been famously stated to consist of 4-12 year old girls… and men ages 16 to 35.) 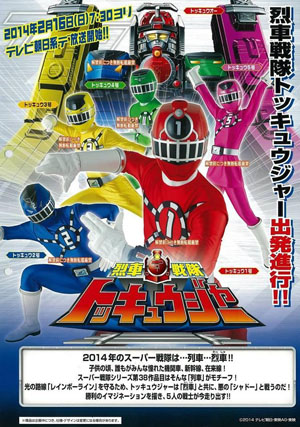 And that robot, oh boy… it’s five trains slapped directly against each other. We presume they won’t so much transform as they’ll just kinda wriggle up to each other.

But let’s be real. What’s the point in calling out Super Sentai for looking kind of silly and tacky? Last year’s red ranger powered up by putting on a Brazilian dance outfit where the chest was a T-Rex face. Silly and tacky is what they do, and dammit, may Super Sentai keep it coming forever.