Sample the Mysteries of the ISLAND TV Anime 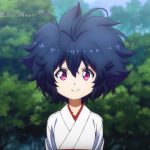 Front Wing’s ISLAND visual novel follows an amnesiac young man named Setsuna, who finds himself washed ashore on a strange island that has been split from mainland Japan for decades. He seeks to unravel its mysteries with the help of the daughters of three ruling families, and you can join him in a TV anime this summer.

Keiichi Kawaguchi directs the ISLAND anime adaptation, which features animation production by feel. Meet some of the characters, sample the music, and get a taste of the mystery to come in the promo below.