[Review] The Legend of Zelda: Oracle of Seasons & Oracle of Ages 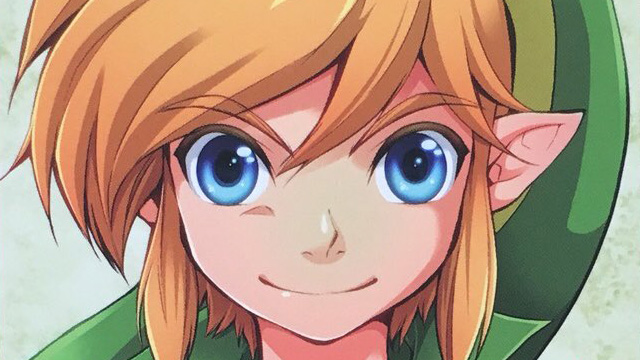 If you’ve ever read a Legend of Zelda manga, chances are it was by Akira Himekawa. The duo, comprised of two anonymous female manga artists, has penned nearly every Japanese comic version of the hit video game series since Ocarina of Time in 1998, playing with different styles and interpretations as Nintendo has reinvented the hero Link and Princess Zelda over the years.

In Oracle of Seasons & Oracle of Ages, recently rereleased in English in a beautiful paperback omnibus by Viz Media, Himekawa tackles a Zelda game that is really two different games. Oracle of Seasons and Oracle of Ages, released in 2001, follow the Pokémon formula of releasing two related games side by side, in this case transporting Link to two alternate worlds with two different gameplay mechanics: in the land of Holodrum, Link uses the Rod of Seasons to change between Spring, Summer, Fall, and Winter, while in the land of Labrynna, he uses the Harp of Ages to move between the past and present.

This is what makes the original games so unique, as the mechanics allow the player to experience a world with added dimensions of seasons and time. In manga form, this is hard to replicate, so Himekawa opts for a fairly straightforward heroic narrative, with mischievous village boy Link gathering a motley crew of friends and heading off to save Din, the Oracle of Seasons, and then Nayru, the Oracle of Ages (Zelda remains safe in her castle for the entire manga, unlike her video game counterpart).

The Seasons arc is the worse of the two, featuring irritating talking 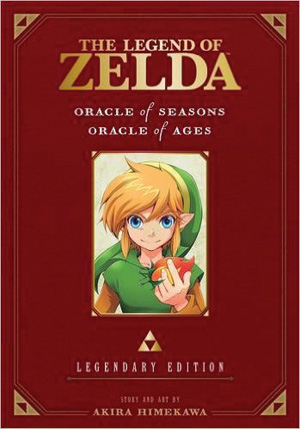 animals and a simplistic damsel in distress plot, but in Ages, Nayru gets possessed by an evil witch and takes control of a kingdom, forcing Link to work with local villagers to foment a rebellion. It’s got a lot more meat than the Seasons arc, but even then, the Zelda games have never had the strongest plots, and the manga is so full of one-off references to characters from the game that it often becomes nearly impossible to follow.

The saving grace is Himekawa’s exuberant art style, which brings this spry young version of Link to life with far more personality than his stone-faced video game brethren. Getting a video game adaptation right is hard business, especially when the subject is a series as beloved as The Legend of Zelda, but Himekawa manages to at least provide a swashbuckling adventure for kids in Oracle of Ages & Oracle of Seasons. Adult fans of the original games may find this one a bit dull.