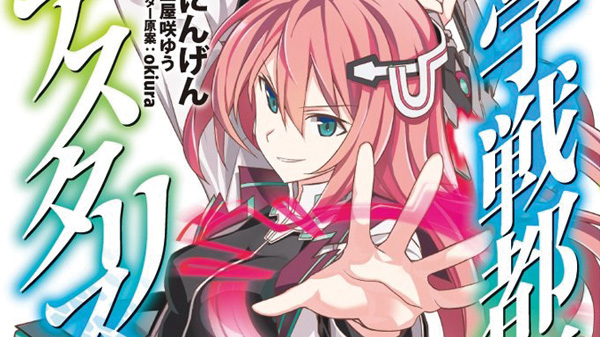 “Why … do we have to do this?” moans the protagonist on the first page of The Asterisk War, and I felt his pain. Years after a great meteor shower brought mana—basically superpowers—back into the world, skilled supers are trained in the city of Asterisk, a university city in the middle of a lake. New student Ayato hasn’t even looked at the campus map yet when he accidentally walks in on a girl undressing and gets challenged to a duel with Julis-Alexia von Riessfeld, the temperamental crown princess of Lieseltania.

After Julis unleashes her fireballs and Ayato swings his lightsaber (seriously—it really is a lightsaber), their duel is interrupted by Claudia Enfield, the busty student president, who takes Ayato aside for a talk. “We at Seidoukan Academy have only one hope for you: victory!” she says, asking him to use his sword skills on behalf of Seidoukan in the island-wide fighting tournament between the six rival schools. But Ayato, despite being a super amazing swordsman, has other interests apart from fighting: he’s got to find his mysterious lost sister, get used to campus life with his roommate, and deal with Claudia’s spontaneous sexual harrassment. How can he ever do it all??

In a market crowded with “superpowered kids in magic school” manga, The Asterisk War has the dubious honor of being one of the worst. Excrucatingly stupid and formulaic, from the Gary Stu hero, to the grumpy-but- 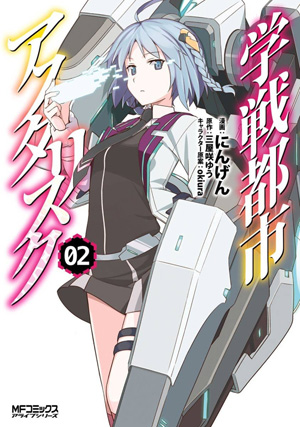 secretly-loving tsundere heroine (“Why don’t you get that spaced-out face of yours in order? A slack face reveals a careless mind!”), to the pointless duels, to the borrowed premise, it’s clearly only being published in English because the anime is airing on Crunchyroll, but that just means even more people are guilty.

The best part of the book is that it summarizes all the character and setting information in a spread at the beginning, allowing wise readers to just read those two pages and not go any farther. The art is at least semi-competent, but like the story, totally generic. I never thought I’d read a manga that made me sigh, “Ahh, Yu-Gi-Oh! GX, those were the days, it was so original,” but this is that manga. Simply awful.

Little Witch Academia TV Anime Promo Debuts
Animator: There Aren’t Enough of Us to Handle All These Shows