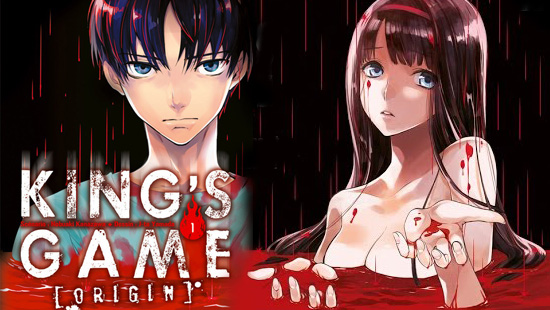 In 1977, a microscopic rural village (population: 32 and falling fast) is beset by a mysterious dictator. Naming itself The King, this unseen—and perhaps supernatural?—tormentor issues edicts to the townsfolk, demanding that they overcome a series of sadistic trials to keep their friends and family alive.

Though it lacks the breathtaking absurdity of As The Gods Will’s do-or-die hopscotch, King’s Game: Origin is a fast-paced survival game manga that plays well at what the genre does best: giving you basic character sketches and then submitting them to perilous tasks, most of them fatal. King’s Game moves at a breakneck pace compared to many of its contemporaries. Twenty-odd chapters in, and wasting few words, it’s already priming itself for a conclusion, promising a brief, gory tale about survival (or lack thereof). 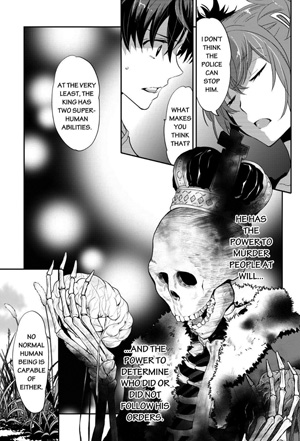 If its cast were anything more than cardboard cutouts, King’s Game might be too mean spirited to bear. Instead, it’s just a bit of trashy, maudlin, apoplectic misery. Not something you read to witness the endurance of the human spirit in the face of spectacular adversity, this is popcorn reading: a mystery serviceable enough to keep you turning the next page with a handful of murders sprinkled in so the stakes seem high.

This is the distilled form of the survival game genre, spread out over a few dozen chapters instead of the usual couple hundred. Not recommended for anyone whose primary interest isn’t “how bad will it get next?” King’s Game: Origin moves at a clippy pace, axing its characters without a care, driven solely by the desire to throw out the next twist.