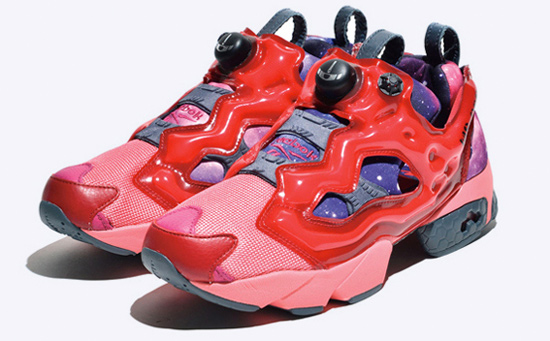 Gundam fans, you may have a shoe purchase in your future. Reebok has announced two new designs of their Insta Pump Fury sneakers modeled after two of the most iconic mobile suits in Gundam history: Amuro’s RX-78-2 Gundam and Char’s signature red MS-06S Zaku II.

Reebok originally released the Insta Pump Fury sneaker line back in 1994, and they’re celebrating its 20th anniversary with a huge number of collaboration designs with everyone from Jackie Chan, Singapore’s Limited Edt. and luxury designer Boris Bidjan, among others. This is the first design they’ve announced that’s directly connected to anime, but it makes a certain amount of sense: the Pump Fury already has an angular, somewhat robotic design, and decking it out in the colors of perhaps the most recognizable mobile suits in series history is… well, it’s the kind of collaboration Bandai loves to do all the time, but still. Gundam sneakers!

As you might expect, the RX-78-2 model is decked out in the First Gundam’s signature red, white and blue color scheme, while the MS-06S is red with a touch of purple and gray. Just like the real Char Aznable. 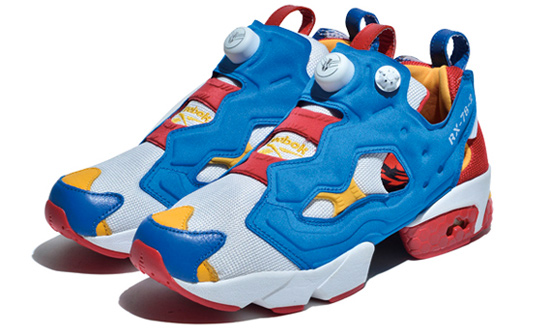 You may also remember when we reported on the collaboration with Toyota that resulted in the Zaku II-inspired all-red Zeonic Toyota Auris at the end of last year. While this isn’t quite the same level of extravagance, it should also be a heck of a lot cheaper and – most importantly – easier to find in the US.

Reebok has yet to announce concrete release details for the shoes, but there have been no indications that these won’t be available in the West, and if other Pump Fury collaborations are any indication, these should be in select stores within a month or so.