Mamoru Hosoda’s latest, BELLE, is set to hit Japanese theaters this summer. Now we’ve got a fresh trailer for the film, along with some cool concept art from creatives around the world.

The team behind BELLE revealed that the titular character herself was designed by Walt Disney Animation Studios’ Jin Kim, “known for projects such as Frozen, Tangled, Big Hero 6, and Moana.” The press release says that Hosoda and Kim had the chance to meet in LA when Mirai, Hosoda’s last film, was nominated for an Oscar.

Meanwhile, the world of U in the film was created by “London-based up-and-coming architect/designer” Eric Wong. Finally, also contributing to the film from abroad is Cartoon Saloon, the Irish animation studio behind films like Wolfwalkers. 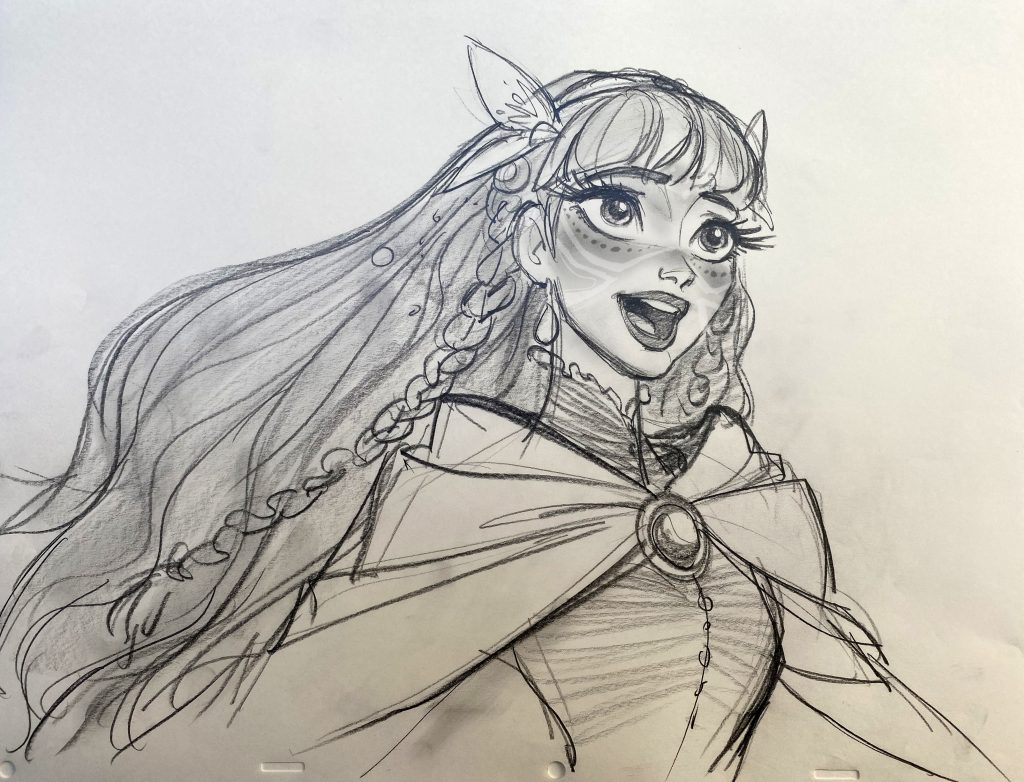 It looks and sounds like BELLE is shaping up to be quite an international effort!

Here’s how the team behind BELLE describes it:

Our protagonist, Suzu, is a 17-year old high school girl, who lives in the countryside of Kochi Prefecture with her father, after losing her mother at a young age.

When Suzu felt that writing music was her only purpose left in life, she then discovers the massive online space known as “U,” where she takes on her persona, Belle.

Another me.
Another reality.
We are no longer limited to a single world.

Suzu quickly realizes that when she is inside “U” as her avatar, Belle, she can sing quite naturally. As she continues to showcase her own music in the virtual world, she fast becomes the rising star of “U.”

Nonetheless, that surprise is short-lived. Suddenly, a mysterious dragon-shaped creature appears before her…

We’re looking forward to seeing this one when it hits theaters July 2021 in Japan!