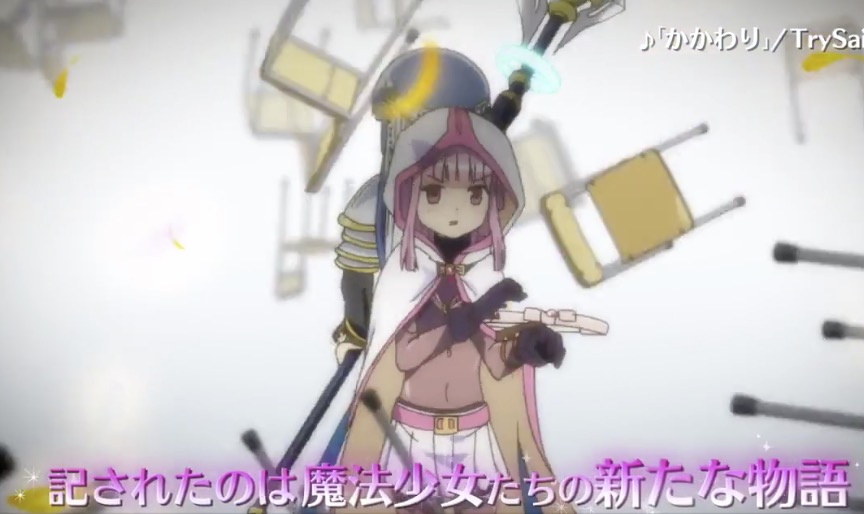 To celebrate the announcement, a website and Twitter account launched, and a promo was posted with a quick look at anime studio Shaft’s new opening. Check out the new animation along with a sample of TrySail’s theme song in the video below.