Few anime can claim to chronicle the life of a real man known to history as “the patron saint of transvestites”, but somehow, this series pulls it off… and through the brilliant intertwining of other contemporary historical figures and events with myth and fiction, weaves an effective fantasy tale.

Le Chevalier D’Eon takes place in 18th century France, and follows a young noble named D’Eon de Beaumont who, as a member of the royal secret police, tracks an occult movement responsible for a rash of strange murders and a dark conspiracy threatening the country. Possessed by the soul of his dead sister, who lies among the occult’s murder victims, D’Eon travels Europe with his comrades hunting down the truth.

There have been a few different anime series centered in colonial-era Europe hitting stateside recently, and Le Chevalier D’Eon is about the best execution of the setting. Grand French countryside, courts and chateaus, as well as streets and alleys are all rendered in lush detail. Even more compelling is the attention given to character designs – both in their lavish period clothing, and their more realistic and less googly-eyed

rendering of the human figure. What truly sets Chevalier apart from similar shows is that the animation is not static but action-packed, as evidenced by its smoothly-articulated fencing duels, which are spread out through the mystery-filled plot, but which still occur with satisfying regularity. Chevalier is paced with plenty of down time for plot and character development, but it’s the furthest thing from a stuffy, boring depiction of period Europe.

Perhaps the most unique element of Le Chevalier D’Eon is its delicate balance between realism and fantasy. The series is most definitely steeped in fantasy, with alchemy, roving spirits, the undead, and religion playing heavily into its plot. However, the role of these elements is not so all-encompassing that the story loses all grounding in reality. Most of the central characters are based on actual historical figures, and the plot goes on to provide explanations for actual historic events. One does not really need a background in French history to appreciate Chevalier’s realism however; simple things which are often taken for granted in other series – for example the months of carriage riding it took to get anywhere in the pre-industrial age, or the deep-seated emphasis on chivalry in the culture in pre-democratic Europe – are enough to give anyone the sense that the story is believably set in the past, and not just some generic shonen formula dressed up with a swords and sorcery paintjob.

For all its expert handling of the period however, Le Chevalier D’Eon is not flawless. While it indeed manages a far livelier pace, than, say, Emma•there are times when it is a bit slow. Occasionally it does seem to take a few more episodes than desired to really get somewhere in the story, and the protagonists have a tendency to fall into very long-winded speeches about honor and loyalty which can get tiresome and even a bit redundant. As is common for many anime series, the whirlwind of events which make up the introductory segments and the downward spiral to conclusion are not matched by the middle segment of the series, which tends to stretch events rather thin at times.

It’s also worth noting that, contrary what one would expect of the medium, protagonist D’Eon de Beaumont proves to actually be a far more colorful character in real life than in the anime series. Claiming to have been born biologically female and raised as a male only to serve his father’s economic purposes, serving as an international spy, fighting in several French wars, being jailed for demanding to fight in the American Revolution after his military retirement, requesting to lead an all-female army of French amazons against the House of Habsburg, and dueling in fencing tournaments to pay the rent later in life•the anime series really only hits the tip of the iceberg in terms of the man’s sexual confusion and life-long career in violence. While the limited manner in which this is portrayed in the anime series was clearly necessary in order to execute the relatively traditional fantasy story intended, one cannot help but wonder if opportunities were missed there.

I may still be exaggerating the series’ weaknesses though. Le Chevalier D’Eon proves to be an epic and well-told adventure which does a terrific job of drawing on real life historical characters and events to weave a fantasy tale. The 18th century setting is beautifully executed, the character designs smooth and the animation fluid, particularly during the action – when it counts. It might be a little slow at times, but as long as one doesn’t go into it expecting a constant flurry of shonen-esque fist fights and explosions, one should find it a compelling, exciting, and rewarding series to watch. If nothing else, for its strong story and eschewing of all-too-common anime clichés, this series may very well count as the best this author has seen all year. 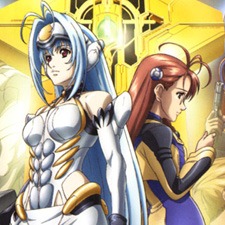 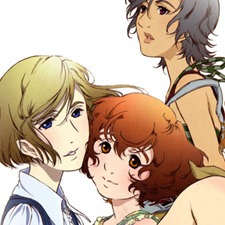