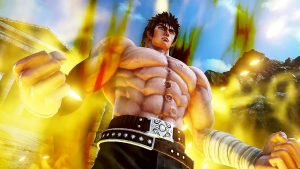 JUMP FORCE pits a ton of Shonen Jump characters against one another and their series’ villains, and now we have more info out of Paris Games Week 2018. The latest characters to join the playable lineup are a pair of real cool customers: Fist of the North Star‘s Kenshiro and City Hunter‘s Ryo Saeba.

To mark the occasion appropriately, Bandai Namco Entertainment showed off Kenshiro and Ryo along with a new Paris stage, so check out their explosive debut below.

Bandai Namco also revealed an official launch date, lining JUMP FORCE up for a February 15, 2019 release on PS4, Xbox One, and PC.