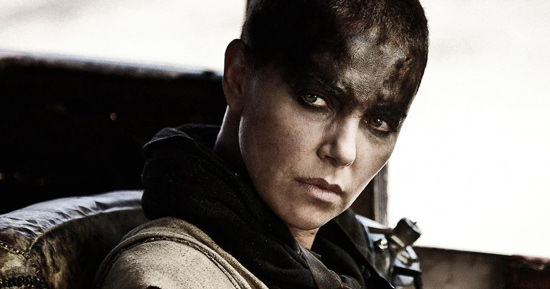 Boy, that would’ve been something.

Miller talked about the anime film at length this week, revealing that it was to be called Mad Max: Furiosa and would have centered on the character played by Charlize Theron in Fury Road.

Miller said “we were going to do [‘Furiosa’ as] an anime before it was delayed a second time when we were rained out of Australia.” He mentioned that the script is written, but will now likely be used for another live-action film.

It’s unclear whether Miller took the film past the script stage or approached any Japanese studios about making the film. But man, we’d love to get a look at designs if they exist.

Charlize Theron reportedly has little interest in making another Mad Max film, citing a difficult shoot in the desert, so maybe an anime isn’t totally out of the question?

In the meantime, we’ll have to make due with the extremely Mad Max-like Fist of the North Star.

– Studio Ghibli Wanted to Make a Parasyte Anime
– Down and Out in Hollywood: Failed Live-Action Adaptations
– Attack on Titan Crosses Over With Marvel, MapleStory
– No Movement on Live-action Akira, says Director
– Robotech Academy Kickstarter Canceled