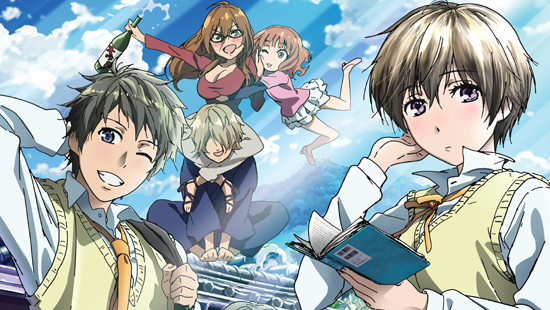 People are strange when you’re a stranger, but when you are acquainted, sometimes they’re stranger yet. In any random assortment of people, there’s bound to be an oddball or two. But to wind up in a group consisting of nothing but those with a few screws loose? Now that’s just bad luck. Or perhaps good fortune? A pertinent question for one Usa Kazunari, the star of Brains Base’s spring 2014 romcom The Kawai Complex Guide to Manors and Hostel Behavior, who can kiss good-bye his dream for a quiet and peaceful high school life!

You see, for our ol’ pal Usa, middle school was a bumpy ride, to say the least. A seemingly ordinary boy himself, Usa inexplicably attracts eccentrics, like moths drawn to a flame, and as the undesired gravitational pull grew stronger with each added individual, the “Freak Show Ringmaster” was born. Needless to say, Usa was not amused by this nickname or image. But with his parents, peculiar in their own ways, relocating for work and the transition to high school approaching, it was the perfect opportunity for a clean break. 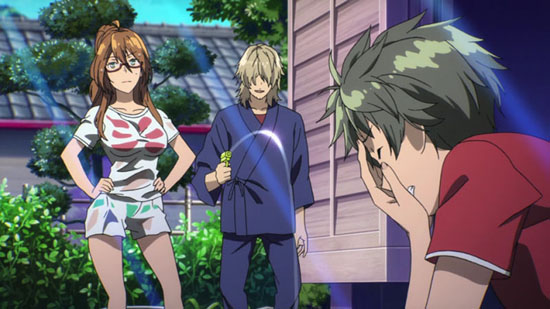 Promising that he’d be happy anywhere as long as he gets to live alone, Usa convinces his folks to place him in a boardinghouse. All that’s left is to find a decent, intelligent girlfriend, and his life would be complete. But until then, he’s just going to kick back and enjoy the tranquility of his bachelor pad at the old but charming Kawai Complex … at least he would if he wasn’t sharing a room with a shaggy, masochistic pervert by the name of Shirosaki who’s practically on a first name basis with the local cops. It seems Usa’s mom is a little lax on details.

But, hey, the rent is cheap, and the manager, Sumiko, cooks for all the residents every weekday! That’s not so bad! Oh, and did I mention the shameless office lady, Mayumi Nishikino, who can’t hold her liquor and has the worst luck with men, which she takes out on everyone around her? Or how about the kitten-faced college girl, Sayaka Watanabe, who very well may be the devil in disguise? 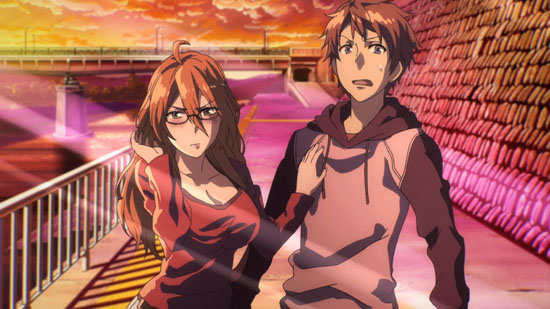 But there’s one glimmer of hope for our hapless protagonist: Ritsu Kawai. Usa’s upperclassman at North High, Ritsu, as you may have guessed, is related to the dormitory’s owner—his granddaughter, to be exact—and like her great-aunt, Sumiko, she resides in Kawai Complex as well. She also happens to be exactly Usa’s type. But equal parts shy and prickly, Ritsu is a tough nut to crack. With her nose perpetually buried in a book, Ritsu can barely be bothered to check for oncoming traffic, let alone give Usa the time of day.

May as well make the best of a bad situation, right? While Usa, pierced by Cupid’s arrow, flounders trying to make headway with the loner Ritsu, he is impressively adept at wrangling the other occupants of this madhouse. Whether Mayumi is wailing about her relationship woes, Sayaka manipulating others for laughs, or Shirosaki huffing creepily in the shadows, Usa, or another resident, is always prepared to whip out a delightfully snarky remark and put the troublemaker in his or her place. This is where The Kawai Complex Guide to Manors and Hostel Behavior is at its absolute best. 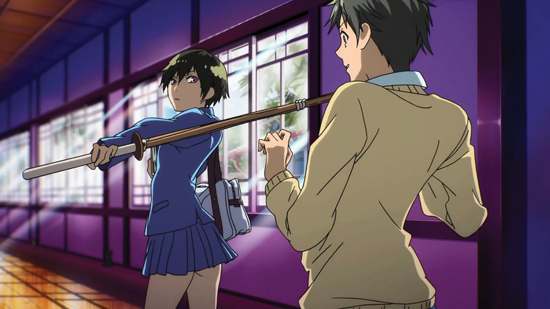 A handful though they are, there isn’t a single person at Kawai Complex who isn’t sensible and kindhearted deep down, thanks in large part to Sumiko, who interviewed and handpicked each tenant, so even though they razz one another, with spot-on deadpan delivery, at that, it never comes across as off-puttingly mean spirited. Even Mayumi and Sayaka, who are constantly at each other’s throats, have a certain playfulness about them. Like a group of old friends, they all understand precisely where the boundaries lay, and in times of need, they know exactly how to comfort one another as well.

However, the localization does struggle on occasion to convey the humor of The Kawai Complex to Manors and Hostel Behavior. Out of necessity, a minor number of jokes are rewritten from scratch, but others fumble in an attempt to stick to the Japanese script, resulting in moments of head-scratching confusion. This is also due in part to the fact that, in spite of much of the comedy being adult in nature, the series is subtler than most with a similar shtick. That’s not to say there are no in-your-face, blatant bits of groping and the like played for giggles, but The Kawai Complex to Manors and Hostel Behavior is pleasantly cerebral. As much as dirty jokes can aspire to be, at least. 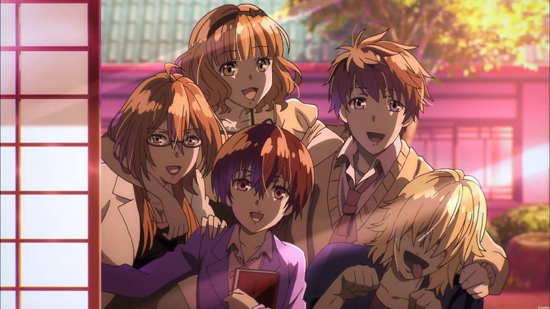 Having content appropriate for late night broadcast, it’s only fitting that The Kawai Complex to Manors and Hostel Behavior spends little time at North High. Instead it’s mostly set from sundown to bedtime, when all the occupants have returned home from a long day at work or school—minus Sumiko, that is, and Shirosaki, who claims to be writer but mostly bums around. This makes an ideal excuse to frequently depict gorgeous sunsets and saturate the art in rich, radiant colors, the highlight of its visual appeal, with the low point being slight proportional issues. But we also get glistening sunshine and the chirping of cicadas accompanying the feel-good soundtrack, since a significant chunk of the show is devoted to the students’ summer vacation, allowing for more time spent at the Kawai Complex and a greater variety of scenarios, such as Usa picking up a part-time job. Piling additional weirdos onto the roster, of course.

With this diversity combined with excellent continuity that recalls and builds upon even the smallest of plot points and slow but sure development of characters and their relationships, the 12 episodes of The Kawai Complex Guide to Manors and Hostel Behavior feel surprisingly long. Not because they drag, but because they’re exceptionally eventful, which makes the series itself an odd duck compared to its oft laid-back brethren in the slice-of-life genre. Much to his dismay, and to our benefit, there is never a dull moment in the life of Usa Kazunari, and as he learns to embrace the chaos, we too learn that strange is good.