With the winter anime season right on top of us, Crunchyroll has been adding a bunch of new shows to its streaming schedule. Chief among them is Nisemonogatari, the followup to 2009’s Bakemonogatari, based on the light novels by NisiOisin.

From the press release:

“In Bakemonogatari, the story centers on Koyomi Araragi, a third year high school student who has recently survived a vampire attack, and finds himself mixed up with all kinds of apparitions: gods, ghosts, myths, and spirits. However, in Nisemonogatari, we pick up right where we left off and follow Koyomi as the psychological twists delve deeper and deeper…”

Nisemonogatari starts Saturday, January 7, and will stream every week at 9:30 am PST. It will be available in the USA, Canada, United Kingdom, Ireland, South Africa, Australia and New Zealand. 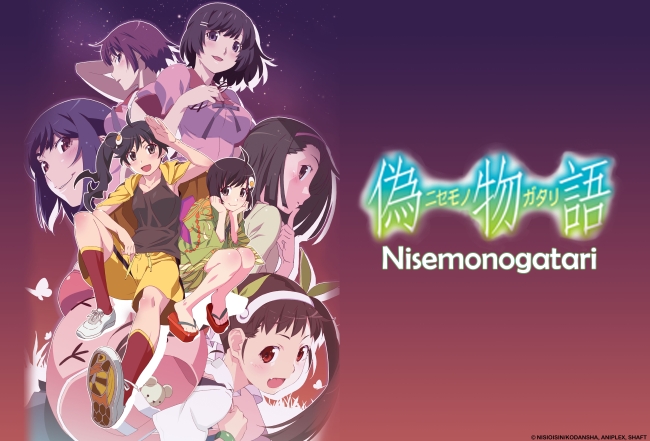 As for the rest of the announcements, Crunchyroll has also recently added Moretsu Pirates, The latest season of Natsume Yujin-cho, The Prince of Tennis II, Recorder and Randsell, the j-drama Deka Kurokawa Suzuki, Brave 10, and Ano Natsu de Matteru.

Which shows from the new season are you most looking forward to watching?