All otaku have the anime that defined their youth or if you started a little later in life, one that you’re obsessed with now. You’d defend it till the end.

Now, I’m not talking about Naruto, Bleach, or One Piece. Of course, these are great shows that I grew up on, but the ones that had the most impact on me are the ones that have been lost to time, tucked away into my very finite brain space.

With the resurgence of anime around 2006-ish, shows were more accessible to the US audience. This was right around the time I really got into anime. Most of what I watched was on Toonami or finding a DVD tucked away in my hometown library’s teen section, defining my tastes in anime overall. But that was quite a while ago, so I want to gift you, the reader, a blast to the past with my favorite shows from my youth. 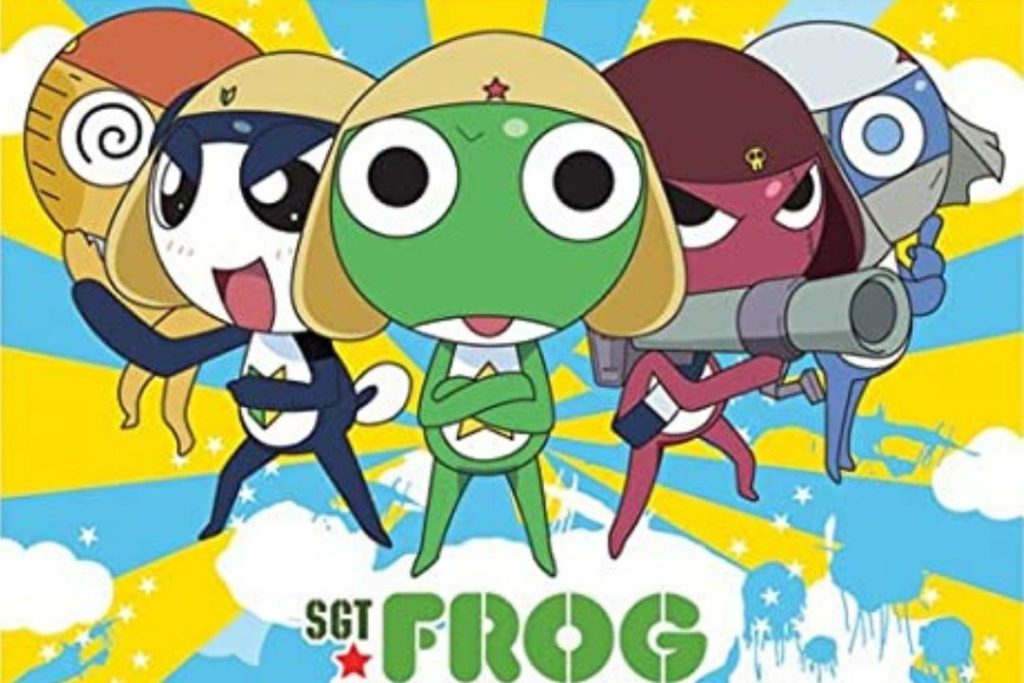 If you haven’t heard of Sgt. Frog I don’t blame you. It has changed hands so many times that there’s a whole Wikipedia page worth of production company licensors — I’ll leave that to you to find — and until recently was on an extended hiatus. Thankfully, it was added to Crunchyroll’s collection in summer 2021 and goodness was I ecstatic about it.

Sgt. Frog, is a comedy of frog-like aliens who try their best to invade the world and claim it for themselves. Sadly for them, it’s a total bust. From fearless troops to domesticated pets, the aliens spend more time indulging in human activities such as building Gundam models than fighting for world domination.

With over 300 episodes, there’s a lot of material to enjoy. Sgt. Frog is available on Crunchyroll and Funimation. 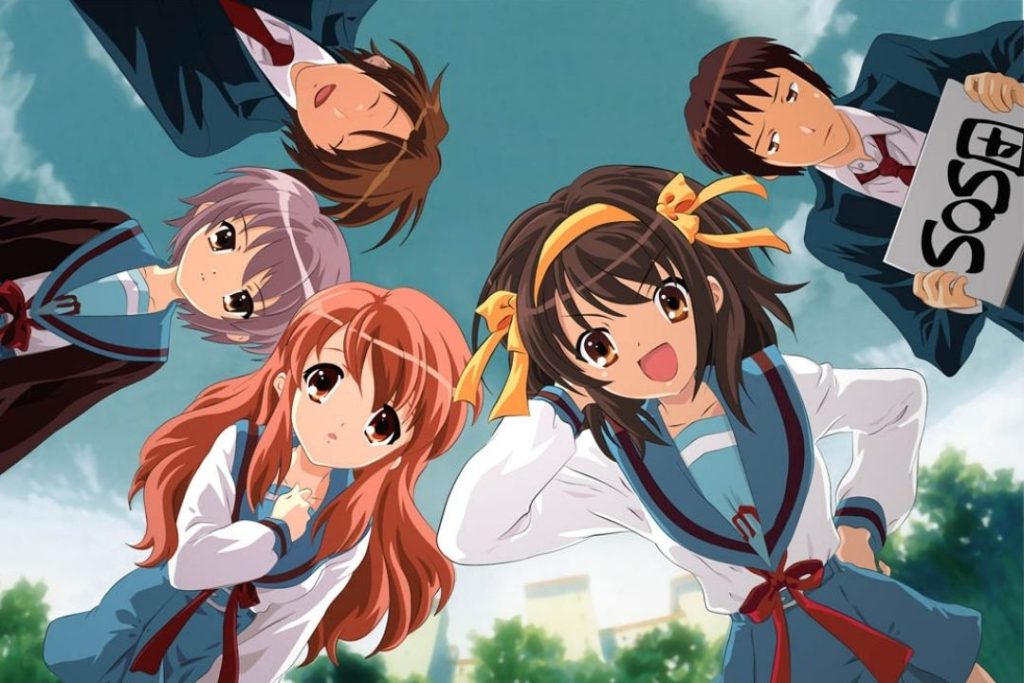 Based on a light novel series of the same name, The Melancholy of Haruhi Suzumiya, is a classic from Kyoto Animation. Airing in 2006, it follows the misadventures of Haruhi, Kyon (who is also the narrator) and the SOS Brigade. Haruhi is bored of everyday life so she takes it upon herself to search for the peculiar. She won’t quit until she finds evidence of aliens, time-travelers, or espers.

This anime was a mixed bag for some viewers, as it took some risks by the way they ordered episodes, you may hear some people complain about the “endless eight”, or overall confused of the story as episodes were not in chronological order. On the flip side, the show is also famous for its ending credits dance sequence, known as the Hare Hare Yukai dance, that is widely known and has been replicated many times over among anime fans. You can thank The Melancholy of Haruhi Suzumiya for the Chika dance.

The Melancholy of Haruhi Suzumiya is available on Funimation. 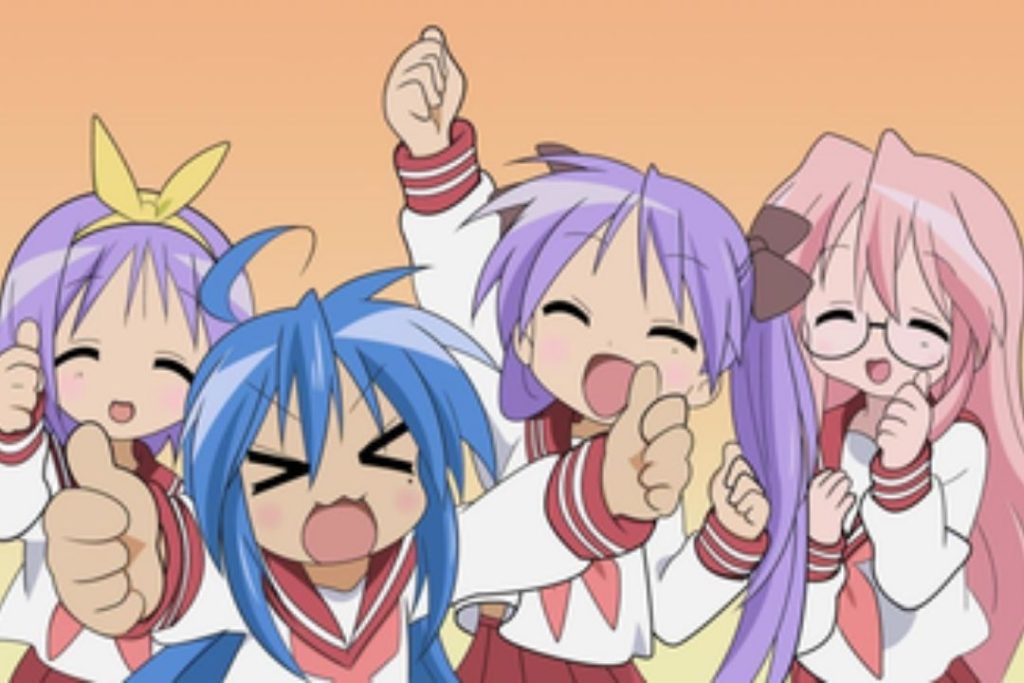 Airing just one year after The Melancholy of Haruhi Suzumiya, Lucky Star capitalized on its success, joining Kyoto Animation’s 2007 line-up. Lucky Star is a favorite of mine, it’s more of a comfort show than anything else.

It’s a slice-of-life anime following four highschool aged girls, its biggest appeal being is its many otaku references. The references are still somewhat relevant to today’s otaku generation, but rely heavily on older shows such as the two I mentioned above. Fans of The Melancholy of Haruhi Suzumiya, will be delighted at the sheer amount of crossover and that the English and Japanese VAs are the same for both protagonists.

While the show seems pretty repetitive thanks to its repeating dialogue between characters, it makes up in the many memes within the show and those that came after. Including this one.

Lucky Star is available to watch on Funimation. 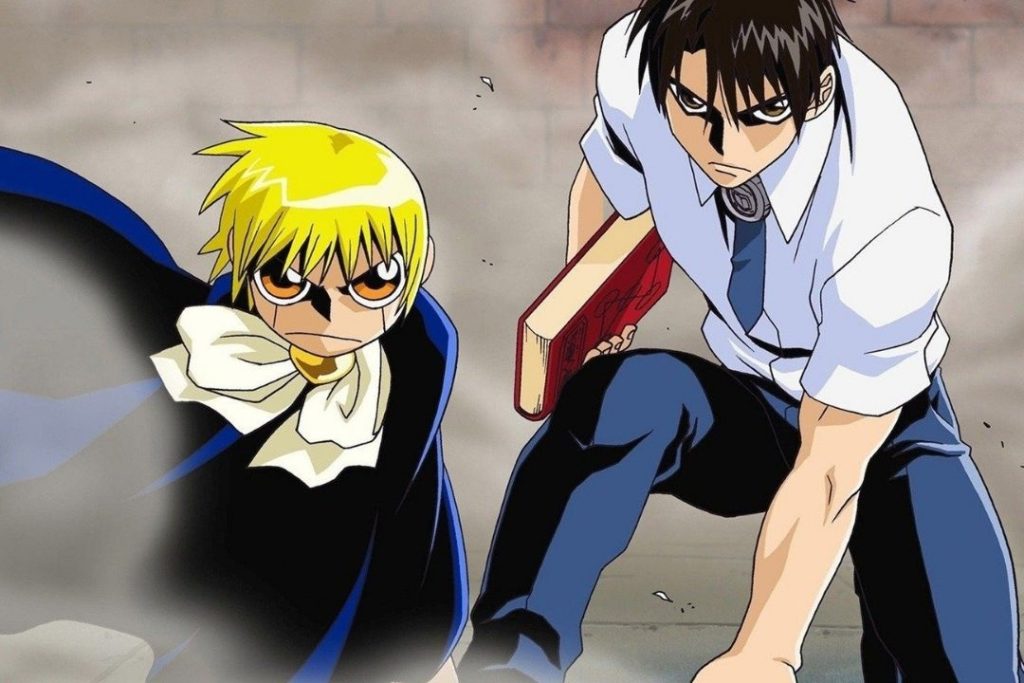 Zatch Bell is the most classic-style shonen on this list and probably the most difficult to find. It’s no longer available on Crunchyroll and has mostly been lost to time.

Zatch is a mysterious boy of the Mamodo world, who can cast powerful spells and attacks with the help of a human companion. These companionships between humans and mamodos are meant to be used for battles against other pairs to claim kingship in the Mamodo world. Like other monster-fighting shonen, Zatch Bell plays on troupes also found in its predecessors’ shows.

Though you may not be to find episodes online, you can find Zatch Bell merch thanks to this Hypland collaboration. Does this mean we one day will see a reboot? I sure hope so. 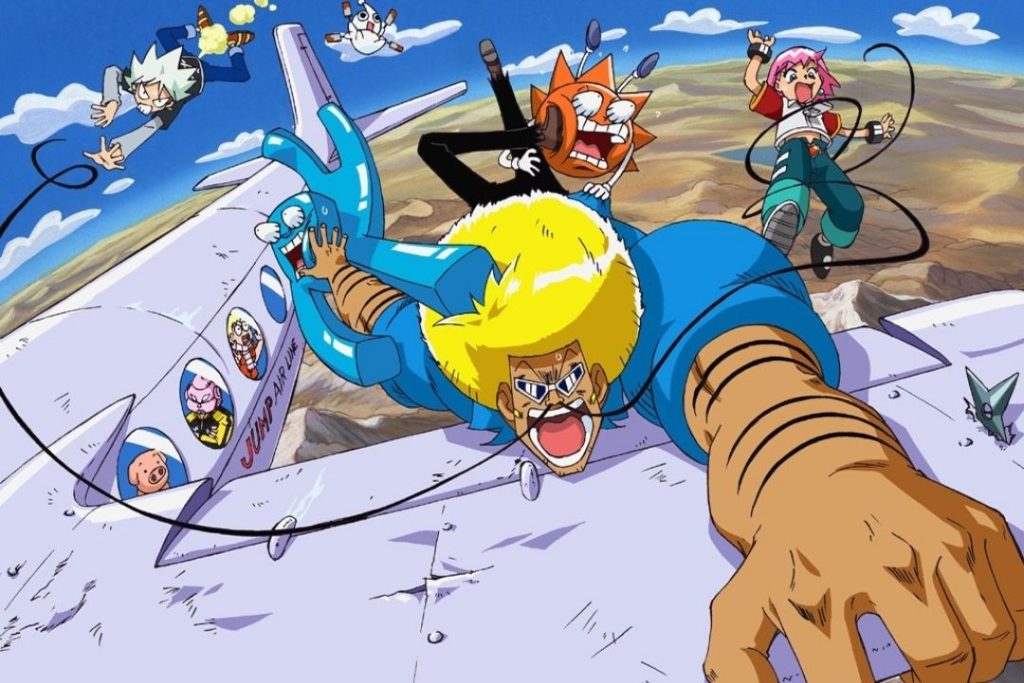 I think about Bobobo-bo Bo-bobo (say that five times fast) a lot, like a lot a lot. More often than not, it felt like a fever dream and that’s because it kinda was. Bo-bobo takes the cake for most ridiculous shonen to date, taking parody to a whole other level.

Airing during the 10 PM slot on Toonami, Bo-bobo follows Bobobo-bo Bo-bobo, a skilled fighter in the technique of the Fist of Nose Hair (yes, he fights using his nose hair and sometimes his armpit hair), and his team of wacky misfits who fight for the freedom to grow hair in a bald world. Their sole mission is to take down the Hair Hunt Troop’s evil leader, Baldy Bald the 4th. Still following me?

It’s truly the most outlandish show in shonen history, but that is what makes it so lovable. You may feel your brain melt a bit, but all-in-all it’s hilarious and the jokes don’t miss a beat.

Bobobo-bo Bo-bobo is available on Blu-Ray. Fingers crossed it will be relicensed on one of the streaming services soon.

Thank you for allowing me to reminisce for a little bit. Which anime from your youth would you recommend?